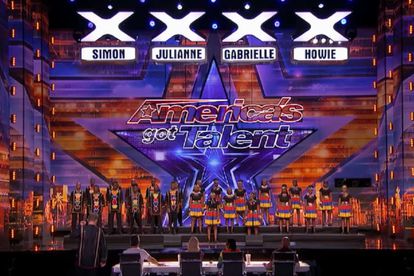 The Ndlovu Youth Choir’s audition recently wowed the judges on America’s Got Talent.

The choir from South Africa even received a standing ovation from judge and music mogul, Simon Cowell. Their rendition of My African Dream, conducted by choir director Ralf Schmitt, composed by Alan Lazar, completely wowed the audience on US television on Tuesday night.

The choir auditioned on the 14th season of America’s Got Talent, where Cowell, Julianne Hough, Gabrielle Union, Howie Mandel, and host Terry Crews follows in their talent search, showcasing unique performers from across the country in the US – and of course, now from South Africa.

Earlier this year, the Ndlovu Youth Choir recently teamed up with South African flautist, Wouter Kellerman to film their isiZulu cover of Ed Sheeran’s hit song “Shape of You“.

Watch: The Ndlovu Youth Choir’s audition on America’s Got Talent

So far, their audition clocked in over one million views on YouTube. This prompted the choir to thank fans for the wonderful support after their audition on America’s Got Talent went viral:

They also said that they are overwhelmed by the response:

Judge, Howie Mandell also later Tweeted that there is nothing more exciting than when people come from far away to this stage: