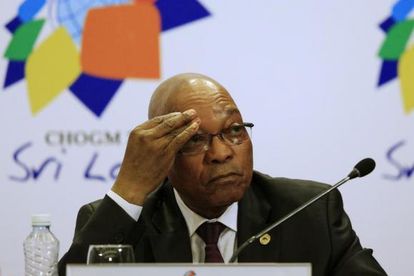 Gareth Cliff strikes again, just as you thought he was behaving himself. Listeners to 5fm this morning were entertained by a rap song parodying — you guessed it — the infamous President Jacob Zuma in the wake of Public Protector Thuli Madonsela’s report on the renovations at Nkandla.

Using Jay-Z’s â€œNew York” as a backing track, Cliff impersonates the other Jay-Z, recruiting some â€œwives” to do back-up in place of Alisha Keys. â€œI’m the new Mugabe”, sings Cliff, while his wives coo that Nkandla is a â€œsecret jungle where dreams are made of”.

Twitter responses have expressed amusement rather than shock, with @_Spesh_ tweeting:

Cliff is a regular at the Broadcasting Complaints Commission (BCC), having almost 20 complaints brought against him since 2007. It remains to be seen whether he’s taken to task on this one.