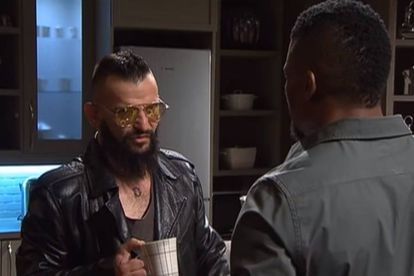 A mid-week Generations episode is a great way to help us get through another day. Let’s get into all the excitment and drama on tonight’s epsiode.

Cosmo finds out Mrekza is now working at Bra J’s. Tshidi isn’t sure if she’s ready to come home yet. Zitha is furious when Jack deliberately undermines her.

(The episode will be available to watch for seven days after its first broadcast. After that, it will be deleted.)

What is Generations: The Legacy?

Set in the cutthroat world of media communications in the city of Johannesburg, Generations looks at the story of lovers, arch-rivals, cheaters, backstabbers and some good people of Ezweni Communications, Mashaba Media and Siqalo Coart. A place where drama, suspense and intrigue are the name of the game when you’re up against enemies you don’t even know you have. A place where people will stop at nothing to get their lovers even if it means resorting to violence, seduction and even murder

Where can I watch Generations: The Legacy
episodes?

Episodes air on SABC1 Mondays to Fridays at 20:00, DSTV Channel 191. If you’re unable to catch the latest episode when it airs, we’ll be publishing full episodes from the SABC. Stick with us, and you’ll never miss an episode again.

The video to watch each episode of this soapie will appear in our articles soon after the SABC has uploaded the episode following its original TV airtime.

While Generations: The Legacy is a great soap, we know some of you like to consume as much local TV content as possible. With that in mind, we also have the necessary posts for you to watch Skeem Saam as well as 7de Laan.