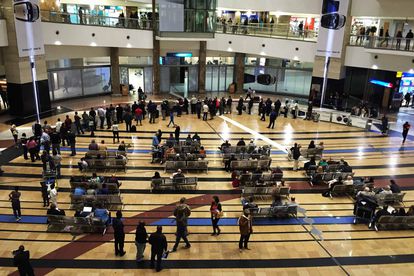 The UAE-based Emirates airline has extended the suspension of flights to South Africa until 10 March 2021.

The airline said that the move decision is in line with recent UAE directives that restrict the entry of travellers originating from South Africa into the region.

“Customers holding tickets with final destinations in South Africa will not be accepted for travel at their point of origin. Emirates regrets any inconvenience caused.”

Emirates said it remains committed to serving its customers in South Africa and will resume passenger services when conditions allow.

“We continue to work closely with all relevant authorities in this regard, and will endeavour to provide our customers with as much support and notice as possible.”

The UAE is the latest in a line of countries which have imposed some form of travel restrictions on South Africa – primarily driven by fears of the Covid-19 variant discovered in South Africa lare November.

Virgin Atlantic also extended its ban on flights to and from South Africa and may not resume flights until April.

British Airways had announced the suspension of all South Africa flights until 16 April.

The US and a number of countries in Europe have placed a ban on travel to and from South Africa, with limited exceptions for some workers and returning citizens.

SA farm workers are granted an exemption from the US travel ban for ‘national interest’ reasons.

Experts have warned that these restrictions are likely to continue after the government announced that it will not use the Oxford/Astrazeneca Covid-19 vaccines last week, due to concerns around its efficacy.

However, scientists have indicated that harder domestic lockdowns to prevent the spread of variants would likely be more effective than closing borders to South Africa.