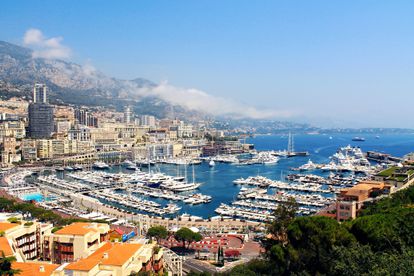 The discovery of the Omicron variant last year had a major impact on South Africa’s tourism sector as a result of increased border closures, flight and travel bans and the cancellation of scheduled cruises.

South Africa’s cruise sector also suffered with the forced delay of its season restart. The country’s cruise season was set to kick off in late November, but ended up being cancelled just days before the projected restart due to restrictions imposed to curb the spread of the Omicron variant.

The MSC Orchestra’s maiden voyage last weekend is the first time the cruise company — which is well known by South Africans for its local cruise offerings — has set sail in South African waters in two years. The company has implemented improved health and safety protocols which enabled it to begin operating in European waters in August last year.

“COVID has had a massive impact on all industries. It’s something that we didn’t anticipate, and we’ve responded to by creating protocols that have the health and safety of guests, crew and the communities that we serve at heart.

“It’s something that we are tremendously proud of, having been the forerunner in this process to have commenced cruising in the Mediterranean on 16 August 2020.”

MSC has implemented a number of health and safety protocols on its cruise ships, in the interests of protecting both passengers and crew members.

“There are mask-wearing regulations, social distancing and capacity restrictions in the theatre and the dining hall. There is cleaning of surfaces that are a frequently touched within every hour. Once a day the vessel gets deep-cleaned, and 100% fresh air is being cycled through the vessel, so there’s no recycling of air,” Volk said.

In order to board its cruise liners, MSC has certain testing requirements in place for passengers. Passengers must complete testing prior to arrival at the port, and testing is done again at the port.

“So, 48 hours prior to embarkation you’re required to take a PCR test that has to be negative for [all] on board. We’ve introduced, as a result of Omicron, an additional antigen test at the port, which is at MSC’s cost for all guests on board,” Volk said.

The company has increased the number of medical professionals it employs on its liners. The MSC Orchestra has more doctors and nurses on board to enable testing and treatment as needed.

“We’ve strengthened the medical staff on board. Previously you would have had two doctors. Now you’ve got three. We have six nurses and a medical facility that’s able to accommodate more people and allow for the treatment of passengers showing any symptoms, as well as onboard isolation facilities where, should someone show symptoms and the need to be isolated, they are away from the rest of the passengers and then pose no further danger from a spreading perspective,” Volk concluded.