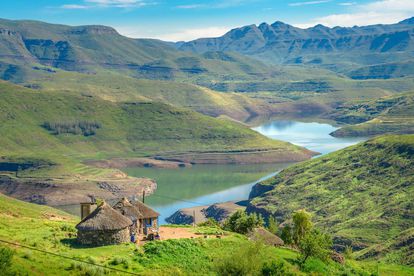 Lesotho’s Prime Minister, Moeketsi Majoro, imposed the strict new lockdown following a troubling rise in the number of Covid-19 cases in the country. The new lockdown began at midnight on Thursday 14 January.

The small, land-locked kingdom, which is surrounded by South Africa, has recorded fewer than 6,000 Covid-19 infections and only 85 deaths. Business Insider reports that Lesotho’s COVID-19 testing and reporting have been haphazard, and that the country is now experiencing a surge in infections with hundreds of new cases recorded each day since January.

The sharp rise in COVID-19 infections is attributed to the number of Lesotho nationals who have returned to the country from South Africa after the Christmas holidays.

South African immigration officials reported that up to 100 Lesotho nationals a day were testing positive for COVID-19 at border crossings with Lesotho.

British daily newspaper The Guardian has reported that thousands of Lesotho nationals are also believed to have crossed illegally from South Africa into Lesotho.

This was occurring as these nationals were unable to afford the COVID-19 testing and certificates required by immigration officials at border posts.

Moshoeshoe I International Airport in Maseru has been closed until 27 January in an effort to limit the movement of people between the two countries.

South African airline Airlink, which operates scheduled flights to Maseru, has suspended all flights to Lesotho from 14 January.

“Airlink is looking forward to re-establishing the vital connections that sustain the all-important trade, business, tourism and family ties between the mountain kingdom and its neighbour.”

Other newly implemented lockdown restrictions include: