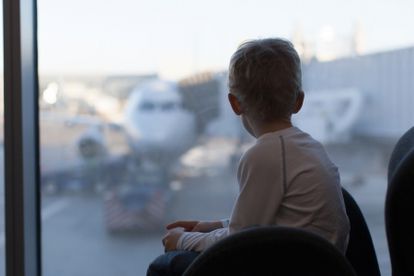 Hundreds of South Africans, including multiple South African families living in the UK, fell prey to a scam operated by a non-registered travel agent in Polokwane.

Victims have identified Kim Robbertse from Sentose Travel Polokwane as the person responsible for the scam. Although not registered with the International Air Transport Association (Iata), Robbertse used the ticketing services of a registered travel agency with whom she was affiliated.

Her customers had been told that the company would not accept credit card payments, and would need to be paid via an electronic bank transfer. Robbertse accepted money from customers, but allegedly did not pay the airlines.

Thinking they had found a deal on flights to South Africa, the expats purchased tickets, only to discover that the tickets were invalid. Some had only discovered this when attempting to check-in to a flight that did not exist.

Robbertse had previously booked flights legitimately, and had been recommended to expats online. Susan Coetzee*, a South African living in the UK, heard about the ‘deal’ on offer via a friend who previously travelled with tickets bought through Robbertse. After the incident at the airport, Robbertse contacted some of her clients, including Coetzee.

“I received an email from Kim [Robbertse] late on 16 December 2014 to say she will be unable to book our tickets as her bank account and booking facility had been blocked in view of some cases in UK relating to fraud,” said Coetzee.

Many of the families had booked tickets to South Africa from the UK for the Christmas period, and some are now unable to get home.

Some of the families had purchased multiple flights from the travel agents, which resulted in losses of over R100 000.

A Facebook Group named “Action Against KR” has been started by those who have allegedly lost money to Robbertse.

Fraud charges have been laid against Robberste, who is consulting an attorney. There is no guarantee that the victims will get their money back.

“My main question is whether we will be able to recover some/all of our funds.  Will [the banks] be taking the matter further and how long will the investigation take?  Will her passport be confiscated to prevent her from disappearing?” says Coetzee.

Coetzee has reported the matter to Action fraud in the UK, but was told by SAPS she is unable to report it to the police in SA. It seem the investigation may hinge on the action of South Africans in the country who are willing to report the matter on behalf of the expats.

* Not her real name. Ms Coetzee requested her name be withheld as she claims Robbertse has made threats online to people, saying they will be arrested once they arrive in SA.

Elon Musk’s R222 billion debt: Who are his dependants?

Why China’s shrinking population is a big deal