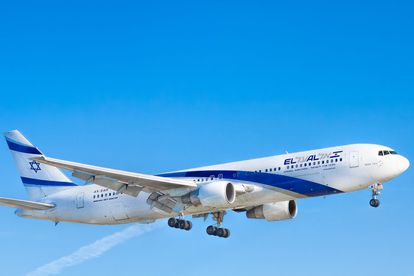 El Al will be handling more flights now that Israel is finally opening its doors to passengers from South Africa again. Image: Unsplash

El Al will be handling more flights now that Israel is finally opening its doors to passengers from South Africa again. Image: Unsplash

It will soon be possible to travel directly between South Africa and Israel again, with El Al Airlines announcing that it will restore flights on several international routes, including South Africa.

Israel has kept a firm grip on COVID-19 by imposing flight and travel bans on many countries. Its national airline suspended flights between Tel Aviv and Johannesburg nearly two months ago. This was in a bid to limit foreign nationals entering Israel and importing new strains of the virus.

With sizeable local Jewish communities based in South Africa, El Al’s resumption of flights to and from Johannesburg is welcome news.

TravelNews reported that El Al would resume flights between Tel Aviv and Johannesburg  from 16 March. The flight will depart from Johannesburg’s OR Tambo International Airport at 21:45 and arrive in Tel Aviv at 06:30 the next day.

Initially, flights will operate only once a week for the first two weeks. From the end of March, El Al will increase the frequency to two flights a week between Johannesburg and Tel Aviv.

EL AL LARGELY OUT OF ACTION UNTIL NOW

Israel’s land and air gateways mostly been closed since January 25.

Ben Gurion Airport, the country’s busiest airport about 20km from Tel Aviv, has been closed for all but a handful of flights by Israeli and foreign airlines bringing back citizens that were stranded elsewhere because of the pandemic.

Even though you can fly there with El Al, it is important to note that general tourist visits to the state of Israel are still prohibited. The government will monitor entry to the country. South Africans wishing to travel to Israel are required to lodge a request for authorisation via the Israeli government’s online application registry.

According to Times of Israel, the Israeli government will permit 3,000 visitors to enter Israel every day. Returning Israeli nationals and new immigrants wishing to take up residence in Israel will get preference.