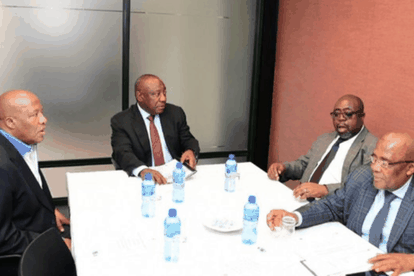 Frost said the imminent introduction was “huge news” for the inbound tourism industry. On 7 October 2019, the Department of Home Affairs (DHA) announced that it would be launching its e-visa pilot scheme in November.

The Benefits of e-visas

The Department of Home Affairs is delivering an effective visa regime through an e-Visa system that will make it easier for tourists to visit, and for companies to acquire employees with critical skills. #GrowSouthAfrica #HomeAffairsVisit #eVisa pic.twitter.com/4reDQ1SglQ

The introduction of e-visas will be good news for people who travel to countries that require them. The system would allow applicants to access their documents online, eliminating the need to visit South African missions abroad.

“This effectively removes a massive tourism obstacle. As an industry we need to eliminate as many barriers to inbound tourism as we can in order to grow tourism to South Africa.”

The CEO’s notion was supported by the Deputy Director-General in The Presidency, Busani Ngcaweni. The deputy director-general shared how the new system was part of the government’s efforts to reduce bureaucratic red tape.

Ngcaweni said they hoped to make it easier for tourists to travel. He added: “This includes simplifying our tourist visa regimes.”

The deputy director-general noted that the introduction of e-visas “promises to be a game-changer” in SA’s effort to double inbound tourism numbers. The government aimed to have 21 million tourist visitations by 2030.

E-visas will be an all-around simpler system

Minister of Home Affairs, Aaron Motsoaledi addressed the Presidential Working Committee on the Jobs Summit in relation to e-visas. He mentioned how several strides had already been made toward simplifying the visa system.

Motsoaledi spoke about the current gains made towards bettering visa applications saying:

The home affairs minister also shared how the department had located visa services within the offices of various investment facilitation agencies around the country.

“It’s too soon to tell how this has impacted tourism numbers since the new statistics have yet to be announced, but one only has to look at how tourism numbers decreased from New Zealand in 2017 when visas became mandatory for visitors to South Africa, to be able to ascertain the positive impact the reverse would have.”

Motsoaledi shared how his department carefully implemented its waivers:

“The Department of Home Affairs is constantly reviewing its operations to ensure that we relax entry requirements without compromising our responsibility towards the safety and security of our citizens.”