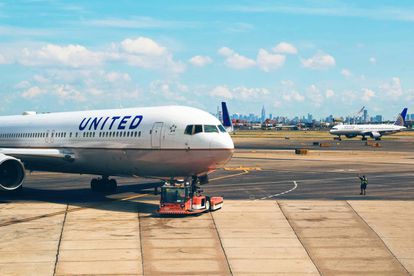 Photo by Tim Gouw from Pexels

Photo by Tim Gouw from Pexels

City of Cape Town Mayor Dan Plato on Tuesday announced a new flight route between Newark, New Jersey, and Cape Town, at a launch hosted by the Cape Town Air Access partners for Western Cape businesses and key stakeholders in the economy.

“We are excited for the launch of the US route with United Airlines starting in December and look forward to the expansion of our tourism industry through greater connectedness.”

Non-stop flights from Cape Town to the USA

This new non-stop flight between North America will start on 15 December, serviced by United Airlines on a Boeing 787-9 Dreamliner, the Cape Town Air Access statement said.

The new route will depart from Newark Liberty International at 8.30pm, arriving in Cape Town at 6pm, cutting travel time between the two destinations by 8 hours in total.

“Our new service between Cape Town and our New York/Newark hub will enable our business and leisure customers to choose a more convenient and seamless way to travel between South Africa and the US and support business opportunities between the Western Cape’s technology sector and the US,” United’s Regional Managing Director Sales, Bob Schumacher said.

MEC for Finance and Economic Opportunities in the Western Cape, David Maynier, praised the Cape Town Air Access partnership for its collaborative approach in landing this major route.

“As a result of this new non-stop seasonal flight between North America and the Western Cape, it is estimated that there will be R154 million in direct tourism spending in the first year.

“Indeed, according to research commissioned by Cape Town Air Access, an estimated 24,000 additional inbound travellers are expected from the US as a result of a direct route. This will help grow this market by a sizeable 20%,” the statement said.

Providing a behind the scenes look at the work done by the Cape Town Air Access team in landing the route, Wesgro CEO, Tim Harris,said the investment and trade relations between the US and the Western Cape assisted in motivating for the route.

“The US is the Western Cape’s third biggest export destination, accounting for over R9 billion. This new non-stop flight will make it easier to do business in our region, and will boost exports through the belly of the aircraft. This will be a key focus for Wesgro in ensuring the route is sustainable.”

Prior to the establishment of the new route, New York was the largest unserved city for Cape Town and the Western Cape globally, with 56,000 passengers travelling via connecting flights.

Acting CEO of South African Tourism, a partner of Cape Town Air Access, Sthembiso Dlamini said: “The US Market has been identified by SA Tourism as one of seven key markets to drive tourism growth into South Africa.

“In terms of remaining on target for 5-in-5 for this region, we will require growth of 16% over the next two years and its air access partnerships like the United Airlines partnership that will allow us the opportunity to achieve this growth.”

This growth means Cape Town International Airport will need to expand its infrastructure to accommodate the growth.

“We affirm the airport’s commitment toward delivering an efficient and quality experience.”

“We proudly support this project because it is helping grow our economy, creating jobs for the many people who are unemployed in our province and country.”