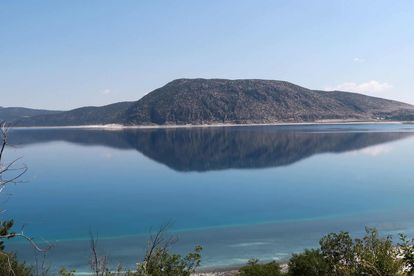 NASA Earth Observatory released an Image Of The Day: Lake Salda in Turkey. This lake is vital to the Mars mission as it shares many similarities with an ancient lake on the red planet.

In fact, NASA’s Perseverance rover was launched on 30 July 2020 and is should touch down on Mars on 18 February. The robotic astrobiologist will land at the 45-km wide Jezero Crater in February 2021.

It took Perseverance approximately seven months to reach Mars, on a journey that spanned 483 million kilometres.

What we know about the Jezero crater on Mars

Similarities to Lake Salda in Turkey

It is believed that the Jezero impact crater located on Mars once contained a lake. By extension, it supported life on the now-barren planet. NASA scientists are currently studying Lake Salda to help guide the Mars 2020 mission.

NASA chose the Jezero crater as the landing site for the Perseverance rover because scientists believe the area was once flooded with water and was home to an ancient river delta.

Jezero Crater tells a story of the on-again, off-again nature of the wet past of Mars. More than 3.5 billion years ago, river channels spilled over the crater wall and created a lake. Scientists see evidence that water carried clay minerals from the surrounding area into the crater lake. Conceivably, microbial life could have lived in Jezero during one or more of these wet times.

Once Perseverance lands on Mars, it will search for signs of life around the Jezero Crater; and beyond. Planetary scientist at Purdue University and a member of the Perseverance science team, Briony Horgan, explains:

“One of the great things about visiting Lake Salda; it really gives you a sense of what it would have been like to stand on the shores of ancient Lake Jezero”.

Recently, Horgan and her team discovered that carbonate minerals may have formed in Lake Jezero. The breakthrough came from using data from NASA’s Mars Reconnaissance Orbiter (MRO).

Purdue graduate student Brad Garczynski adds that carbonates are important because they trap anything that existed within that environment. This includes organics and microbes that could proof microbial life existed on Mars.

“But before we go to Jezero, it is really important to gain context on how these carbonates form on Earth in order to focus our search for signs for life.”

Studying the Jezero crater on Mars

Horgan also explains that NASA scientists are studying Lake Salda to “determine which deposits are most promising to go visit on Mars”. Having Perseverance at the Jezero crater will boost the work done on Earth.

Jezero tells a story of the on-again, off-again nature of the wet past of Mars. More than 3.5 billion years ago, river channels spilt over the crater wall and created a lake. Moreover, there is evidence that water carried clay minerals from the surrounding area into the crater lake.

Conceivably, microbial life could have lived in Jezero during one or more of these wet times. If so, signs of their remains might be found in lakebed or shoreline sediments.