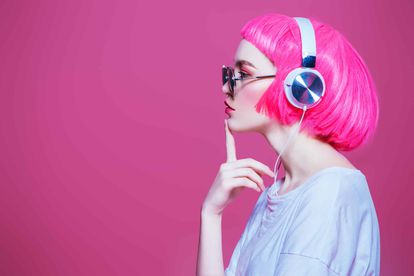 Trying to remember a song but you can’t remember the lyrics, the title or even the artist? There’s now a way to search for songs on Google simply by humming the tune.

Prabhakar Raghavan, the senior vice president of Google’s Search and Assistant, Geo, Ads, Commerce, Payments says he can relate to the frustrating of having a song’s title on the tip of your tongue.

“Do you know that song that goes, ‘da daaaa da da daaaa na naa naa ooohh yeah’? Or the one that starts with the guitar chords going, ‘da na na naa’? We all know how frustrating it is when you can’t remember the name of a song or any of the words but the tune is stuck in your head. […] Google can now help you figure it out.”

Hum to search Google for your earworm

The service was rolled out on 15 October 2020. How does it work? It’s as simple as opening the latest version of Google your smartphone or use then search widget.

Then, tap the mic icon and say “what’s this song?” or click the “Search a song” button. Next, simply hum the tune for ten to fifteen seconds. You can whistle or sing the melody too.

Alternatively, say “Hey Google, what’s this song?” and then hum the tune. According to Raghavan, the feature is “currently available in English on iOS, and in more than 20 languages on Android”.

“We hope to expand this to more languages in the future”.

What is this magic? How does it work?

Raghavan explains that Google’s machine learning algorithm will spring into action after you’ve hummed your tune. It will then identify potential song matches and the app or the widget will show you the most likely options based on the tune.

Then, simply select the best match. It will also provide additional information about the song and artist, as well as accompanying music videos for you to view. YOu will also be able to listen to the song on your favourite music app.

It will also find the lyrics, if available and “even check out other recordings of the song when available”. For example, did you know that Natalia Imbruglia didn’t write Torn? Nope, it was a cover from Ednaswap. Apologies for ruining your childhood.

Raghavan explains that a song’s melody is like its fingerprint: They each have their own unique identity.

“We’ve built machine learning models that can match your hum, whistle or singing to the right ‘fingerprint.’ When you hum a melody into Search, our machine learning models transform the audio into a number-based sequence representing the song’s melody. Our models are trained to identify songs based on a variety of sources, including humans singing, whistling or humming, as well as studio recordings”.

He went on to explain that other bits of information will also be taken into consideration, such as “accompanying instruments and the voice’s timbre and tone”. Once the data’s been analysed, “what we’re left with is the song’s number-based sequence, or the fingerprint”.

All this – from comparing the sequences to thousands of songs from around the world and then identifying potential matches – is done in real-time. That’s impressive!

In addition, Google’s Search On machine learning models also “recognise the melody of the studio-recorded version of the song, which we can use to match it with a person’s hummed audio”.

“This builds on the work of our AI Research team’s music recognition technology. We launched Now Playing on the Pixel 2 in 2017, using deep neural networks to bring low-power recognition of music to mobile devices”.

Watch: Hum to Search- Now in the Google app