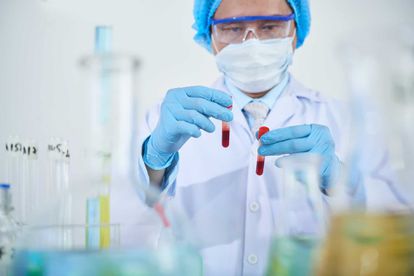 The first new strain of HIV has been confirmed. The new strain becomes the first to be officially classified since guidelines for classification of new strains of HIV were adopted in 2000.

What does this new discovery mean?

The classification of the new strain will be important in continuing to document HIV and staying ahead of the fight against the virus. Advances in medicine have rendered HIV a treatable condition.

Breakthroughs like this will ensure that scientists and doctors are be able to stay ahead of the virus and continue to make advancements in the treatment and detection of the virus.

The new strain has been classified as HIV-1 Group M, subtype L. HIV has two types, HIV-1 and HIV-2. HIV-1 Group M is the strain of the virus that is responsible for the HIV pandemic.

Where did the strain originate?

This strain can be traced to the Democratic Republic of Congo. In order for a new subtype to be classified, three separate cases of the strain need to be discovered independently.

Samples of HIV-1 Group M Subtype L have been sampled on three previous occasions. However, the third sample could not be sequenced.

Unfortunately, sequencing the third sample proved problematic due to the limited technology available at the time and concentration of the virus in the sample.

However, with the discovery of the latest case, scientists have been able to build a complete genome for the newest strain of HIV.

“By advancing our techniques and using next-generation sequencing technology, we are pulling the needle out with a magnet,” Dr Mary Rogers, one of the authors of the study said. “This scientific discovery can help us ensure we are stopping new pandemics in their tracks.”

Healthcare company Abbot made the discovery, and the results of their research have been published in the Journal of Acquired Immune Deficiency syndromes (Jaids).

Said Carole McArthur one of the authors of the study:

“This discovery reminds us that to end the HIV pandemic; we must continue to out-think this continuously changing virus and use the latest advancements in technology and resources to monitor its evolution.”

The discovery of the newest Group M strain won’t have any impact on the way that HIV is treated as current treatment will remain effective against the newer strain.

In future, when people are tested, they will, however, need to be tested for the new strain as well.