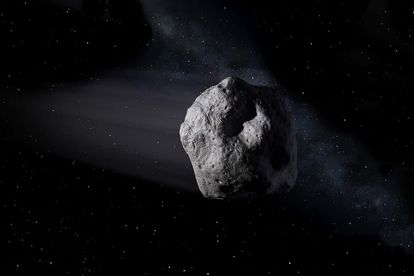 Humanity can breathe a collective sigh of relief after NASA said the Earth is safe from Apophis, a deadly asteroid that has concerned astronomers several times since it was first spotted in 2004.

On Friday, 26 March, the space administration said our planet is safe from the near-Earth object for at least the next 100 years after radar observations ruled out the slight risk there was of it impacting the planet in 2068.

‘ONE OF THE MOST HAZARDOUS ASTEROIDS THAT COULD IMPACT EARTH’

The asteroid, which is measures 340 meters across, was supposed to come fizzing frighteningly close to earth in 2029 and 2036 but NASA ruled out any possibility of a collision during those close passes some time ago. However, the potential of a 2068 strike remained on the cards.

“After its discovery in 2004, asteroid 99942 Apophis had been identified as one of the most hazardous asteroids that could impact Earth. But that impact assessment changed as astronomers tracked Apophis and its orbit became better determined,” said NASA in a statement.

Apophis made a distant pass of the planet around 5 March and astronomers used it as an opportunity to use powerful radar observations to refine their estimation of the asteroid’s orbit around the Sun with ‘extreme precision’. They were able to confidently say that there is no risk of an impact in 2068 and for many years after that.

“A 2068 impact is not in the realm of possibility anymore, and our calculations don’t show any impact risk for at least the next 100 years,” said Davide Farnocchia of NASA’s Center for Near-Earth Object Studies (CNEOS).

Farnocchia said the uncertainty in the asteroid’s orbit has fallen from hundreds of kilometres to just a handful when projected to 2029 because of the recent optical and radar observations.

“This greatly improved knowledge of its position in 2029 provides more certainty of its future motion, so we can now remove Apophis from the risk list.”

APOPHIS TO BE VISIBLE FROM EARTH IN 2029

NASA said the Apophis asteroid will pass less than 32 000 kilometres from the Earth’s surface on 13 April 2029 and will be visible to observers in the Eastern Hemisphere, which includes all countries east of the Prime Meridian, including South Africa.

Skywatchers will be able to see the asteroid from the ground without using a telescope or binoculars during the close approach.

“When I started working with asteroids after college, Apophis was the poster child for hazardous asteroids,” said Farnocchia. “There’s a certain sense of satisfaction to see it removed from the risk list, and we’re looking forward to the science we might uncover during its close approach in 2029.”