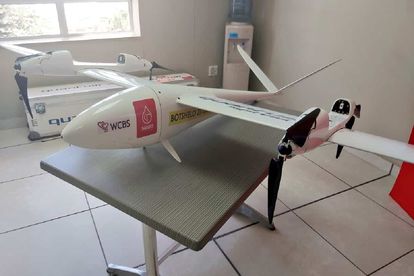 What the SANBS drone programme is all about

Often times, hospitals lose lives due to circumstances outside of their control, like high traffic congestion. The life of a human being, at times, hangs on the transfer of blood that needs to get from point A to B within a reasonable time frame.

SANBS has identified issues related to high volumes of incidents that occur in hospitals where the blood was not delivered from point A to B in time.

The drone programme, which was launched on Thursday, in Port Elizabeth, seeks to address this issue. The use of a drone will eliminate issues such as time, traffic and human error.

The South African National Blood Service (SANBS)have announced that they are piloting new technology to advance their services. SANBS in Port Elizabeth says they will be piloting the use of a drone to service disadvantaged areas and cities with high traffic congestion #sabcnews pic.twitter.com/YUuIiJkMjq

Based on the acceptability of it using certain routes — to ensure it does not interfere with air traffic — the drone could cut the delivery time of blood transportation in half.

The drone’s advantage is that, based on the quality of its engineering, it can travel at very high speed, with little to no interference. However, it does function in short bursts.

The model that will be used by SANBS can reach maximum speeds of 100km per hour, with a maximum flight of 90 minutes.

The drone which will be fully equipped to store and cool blood samples whilst doing 100km per hour with a maximum flight time of 90 minutes. The Eastern Cape, Kwa-Zulu Natal and Northern Cape will be one of the first provinces to pilot the new technology. #sabcnews pic.twitter.com/BowXAPOyqP

Which provinces will the pilot programme be run?

The long-term prospects of the programme is to see it expanded on a national scale and make drone technology the standard in today’s healthcare system.

However, nobody is disillusioned about the work that still needs to be done. Thus, the pilot programme will be trialled in the Eastern Cape, Northern Cape and KwaZulu Natal, three provinces with the highest levels of poor healthcare services.