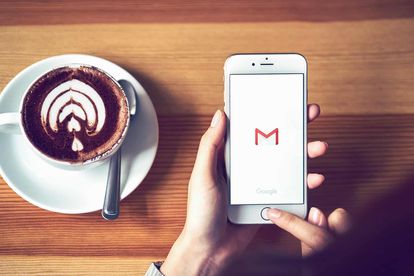 When Gmail launched in 2004, it joined the big players at the time Yahoo mail and Hotmail in the free email services domain. The Gmail project came out of something known as 20% time.

This was a tradition in Google culture during its early days. Twenty per cent time-challenged Google employees to take 20% of their time and devote it to a project that they are interested in or excited about.

Paul Buchheit started working at Google in 1999 as its 23rd employee; he undertook to create Google’s entry into the email world as his 20% project.

Not everyone at Google was supportive of this vision as they could not comprehend how a search engine service can benefit from an email. Google looked at problems as projects and put things to what they called a toothbrush test.

If you interacted with a problem as much as you interact with your toothbrush, then they were excited to take that on and email fit that criteria as people used it all the time, and it was growing.

Email in the early 2000s was still not very user friendly the first thing Gmail set out to improve was storage. Other email providers offered up to 4MB of storage.

As a user, you had to delete email messages or your storage continually would be full. That meant when someone needs to send you a message, it won’t go through and will bounce back as your inbox is full.

Gmail would address this problem by offering 1 GB of storage, meaning there would be no need to delete email, this was revolutionary at the time. When Gmail was released, it didn’t have a delete button; this was to show, you never had to delete emails.

Gmail also brought their search feature to emails making it easy to find a certain email, you could search by name, or topic and they became the first to offer this feature.

Gmail also introduced the concept of grouping messages; messages conversation threading grouped all messages in one place and a specific order making it easier to grasp a concept of a conversation.

Gmail integrated the programming language JavaScript to deliver an interactive and responsive experience for the user compared to the competition, which had to reload each page which made the process slower.

Gmail initially launched as an invite-only platform as Google wanted to make sure they could manage the demand for Gmail; people had to be on a waiting list.

This made having a Gmail address a hot commodity, and some people would sell their Gmail invites for a $100 on eBay.

Then in 2007, Gmail finally launched to everyone without an invite, then Gmail went from being an underdog to being the most used commercial email service in the world.

The main factors that have led to the rise and popularity of Gmail are that it’s a part of Google, which is an essential property on the web; YouTube, Google Apps, Google Web Browser, Google Maps, it made sense to consumers to use an email by Google (Gmail) as they were already using other Google products.

Innovation was what made Gmail, and Google continues with it. At Google I/O 2018, they announced the new interface for Gmail and that Gmail would be using AI, which uses machine learning to suggest phrases as you type.

If it has suggested the right phrase for you, just hit tab and it will auto-complete. Gmail also introduced a feature that allowed you to schedule emails.

And introduced a confidential mode which prevents the recipient from forwarding, copying or downloading a message from the sender.
Another advantage was being able to use your Gmail on other websites and apps to sign in.