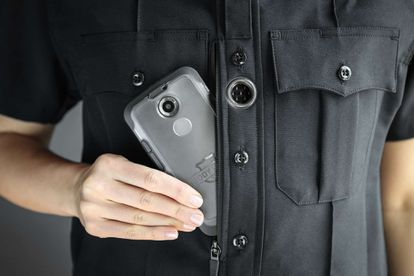 South Africa’s notoriety for its levels of violent crime has become world-famous. Cape Town is often dubbed “the murder capital of the world“, whereas suburbs of Johannesburg are referred to as “the most dangerous“. However, law enforcement is fighting back – and the introduction of bodycams may prove to be their secret weapon.

A Parliamentary Portfolio Committee on Police has recommended that lawmakers adopt a rule which would provide all frontline police officers in Mzansi with their own bodycams. They would serve to record an officer’s every move, and their interactions with the worst of whom society has to offer.

Just how well would the technology work in this country? Well, we’ve had a quick look at how it has benefited foreign police forces and weighed that against the potential drawbacks. The following is based on two key studies, from the Office of Justice Programs Diagnostic Center (UK) and the University of Nevada, Las Vegas (USA).

Of course, the bodycams aren’t just there to hold citizens to account. They play a pretty crucial role in ensuring that officers are upholding the letter of the law in a professional, dignified manner.

“Body-worn cameras demonstrate a police agency’s commitment to transparency and accountability,” according to US study co-author William Sousa – he’s the director of UNLV’s Center for Crime and Justice Policy, and he believes it offers a true reflection of the person and their department.

Notable reductions in crime and the supply of irrefutable evidence

Reductions in citizen complaints were noted, as were similar reductions in crime during the 2014 research conducted in the UK. Arrests, prosecutions and guilty pleas came to fruition more often if evidence from bodycams was supplied, which saves the authorities from conducting extensive research and it tends to help solve cases quickly.

Due to how much paperwork the cold, hard video evidence can cut out, the US study has also determined that a department-wide rollout of bodycams can actually cut costs to the force, despite the implementation fees.

Can lead to less arrests being made

However, the success seen in the UK hasn’t been mirrored in all corners of the globe. Despite its seemingly positive impact on one side of the Atlantic, there was a slightly troubling statistic from Nevada: Officers in one group made 6.8% fewer arrests while wearing the cameras – fears regarding over-zealously played a part in their hesitancy.

Officers made to feel more “regimented” with bodycams

Playing it “by the book” is obviously desired from our serving officers. But there are some circumstances where cops need to be allowed to bend the rules a little. An officer may need to improvise or cut a corner to get their desired results, but being wired to a bodycam may just limit them from acting with their more “humanistic” insticts.