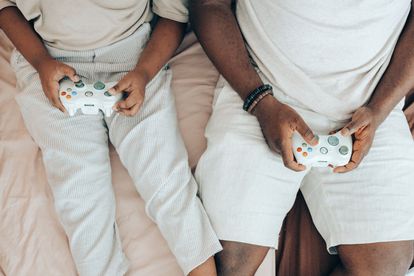 The deal announced in January capped a series of blockbuster takeovers that has left four major players still standing in an industry estimated to be worth $300 billion. Photo: PEXELS

The deal announced in January capped a series of blockbuster takeovers that has left four major players still standing in an industry estimated to be worth $300 billion. Photo: PEXELS

European regulators have launched an investigation into Microsoft’s acquisition of Activision Blizzard, the biggest buyout in video game history.

The deal announced in January capped a series of blockbuster takeovers that has left four major players still standing in an industry estimated to be worth $300 billion.

China-based Tencent is the biggest player in the market in terms of revenue.

It is a huge player in the Asian market and has been investing in game studios outside its home country.

The firm owns Riot Games, maker of battle royale hit “League of Legends”, and has stakes in French game stars Ubisoft and Activision.

Japanese consumer electronics colossus Sony has sold more than 500 million copies of its PlayStation since 1994.

Through a subsidiary it controls a host of studios — including Insomniac and Housemarque — that have developed exclusive titles for its machines such as the “Spider-Man” saga.

The recent acquisition of Bungie, the makers of “Halo” and “Destiny”, for $3.6 billion will strengthen its games portfolio — though “Halo” is still owned by Microsoft.

Sony has also invested in Epic Games, the company behind “Fortnite”.

The American behemoth pitched the biggest acquisition in the history of the sector in January with its offer to buy Activision Blizzard for $69 billion.

The deal would put into its hands major titles such as “Call of Duty”, “World of Warcraft” and “Diablo”.

But regulators in the European Union and Britain have now opened investigations into the deal.

The group behind the Xbox consoles already has control of major games titles like “Minecraft”, “Elder Scrolls” and “Fallout” thanks to earlier acquisitions.

And it is now setting its sights on becoming the “Netflix of video games” with its Game Pass online platform that allows users to download games or play them via the cloud.

With its reliance on self-made sagas such as “Mario”, “Zelda” or “Pokemon”, Nintendo stands out from its competitors by staying away from the frenzy of acquisitions in the sector.

The March 2020 release of its game “Animal Crossing: New Horizons” became a social phenomenon, as the Covid-19 pandemic sparked a worldwide shift to indoor lifestyles.

Several leading publishers have so far stayed out of the hands of the giants, but could become targets in the near future.

American maker Take-Two is a heavyweight in its own right, its stable filled with popular games including “Grand Theft Auto”, “NBA 2K” and “Red Dead Redemption”.

And it has itself played the acquisition game, spending $12.7 billion to acquire mobile game developer Zynga, creator of the farming simulation “FarmVille”.

North Carolina-based Epic Games saw its valuation rise to nearly $29 billion last year after a round of funding from investors including Sony.

Electronic Arts had a turnover of $5.6 billion last year and also has a portfolio of very popular licences such as “FIFA”, “Battlefield” and “The Sims”.

French firm Ubisoft (“Assassin’s Creed”, “Far Cry”) is valued at roughly six billion euros and is also a major player in the sector.