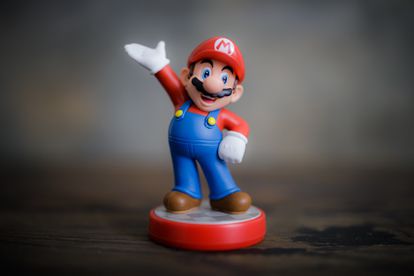 Nintendo Treehouse Live is back! It forms part of the Summer Game Fest lineup and will include the reveal of a new WayForward game and Paper Mario: The Origami King. Watch the announcement here.

Nintendo Treehouse Live — What you need to know

The Nintendo Treehouse Live event kicked off at 19:00, we’ll include the video below. Keep an eye out for gameplay from Paper Mario: The Origami King organiser! It’s the first proper peek at the game.

According to Nintendo Life, the event will also give us the first reveal of “a title in a franchise new to developer: WayForward. Many fans believe it is a more exciting prospect than the Paper Mario footage. Nintendo announced earlier this week:

“Check out gameplay of the upcoming game ‘Paper Mario: The Origami King’ on Nintendo Treehouse Live July 2020. Plus, we’ll feature a first reveal and gameplay for a title in a franchise new to developer WayForward!”

The team said it’s their first time to hosting an event remotely and asked for some patience from our side as they iron out all the live streaming wrinkles. Enjoy!

Thanks to the cancellation of a tradition E3 event this year — due to the COVID-19 pandemic, of course — most gaming publishers had to make do with virtual events.

We’re glad to report that the cancellation of most major gaming events didn’t prevent Nintedo from brining back Treehouse live. Good timing, because the game is just a week away from being released.

Nintendo also added a disclaimer on Twitter that WayForward’s new title featured in Nintendo Treehouse Live “is based on a third-party property”. While some fans were grateful for the clarification, others weren’t impressed.

Paper Mario: The Origami King is coming to a Nintendo Switch near you on 17 July 2020. As with previous Paper Mario games, the Origami King takes in place 3D world made up of origami sculptures.

Players can explore the world, and collect coins and valuable items while solving puzzles based on the paper world concept. Combat has been spruced up for when you need to engage enemies.

Paper MarioL The Origami King also sees the return of Travel Buddies, with some minor adjustments.

The evolution of my Paper Mario-style art over the past half decade. #PaperMario pic.twitter.com/XrTTz1whz3

Yes, you can pet the Chain Chomp in #PaperMario: The Origami King. pic.twitter.com/k0eApEOTeH