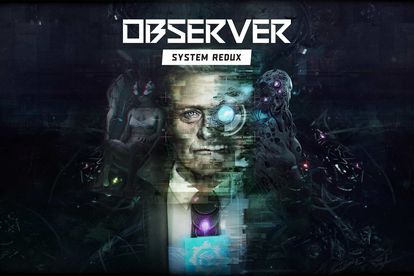 Bloober Team has Xbox Series X/S, and PC horror gamers sorted with The Medium, but what do the PS5 players have to look forward to in terms of horror gaming? Observer: System Redux, of course.

‘Observer: System Redux’ – What we know

Look no further than the Observer: System Redux. The revamped version of the 2017 title has some pretty cool improved visuals which strengthen the cyberpunk horror and dystopian theme.

The Observer: System Redux PS5 gameplay trailer welcomes players to the year 2084, where you get to experience the dark cyberpunk world for yourself on PS5, Xbox Series X | S, and PC this November.

The game will feature some new mechanics as well as revamped stealth and 4K resolution support with HDR lighting and ray-tracing. Bloober Team has made it a point to highlight the 4K visuals which include a framerate of 60 frames-per-second.

The remastered version also includes new story content that you can marvel at it in the trailer. Piotr Babieno explained:

“Cyberpunk is a philosophy of change. The pursuit of modification to perfect the frail human form. But is there a limit to technological progress?”

Babieno added that “Making Observer: System Redux available for next-gen console players has been a huge focus for the team”, and said the team can finally share the release date, “now that both the Xbox Series X and PlayStation 5 release dates are out there”.

He said the team is aware that “next-gen pricing is a major concern” to gamers and added that releasing all the new content and upgrades as the original Observer “is a great way to stay close with our community”.

The public perception of Observers remains negative. Neural interrogations create fear and repugnance. But sometimes, the Observer is your last chance to save yourself. These are the times we are living in…#cyberpunk #observer #blooberteam pic.twitter.com/I4F6kMUqWh

Our world, and that of the Observer, by Rutger Hauer himself. He was more than just the voice of our character. He was the personification of what raw, dark cyberpunk and Observer is all about.#cyberpunk #observer #blooberteam pic.twitter.com/lU1yc7d2iT