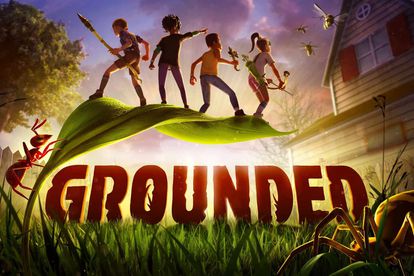 Obsidian Entertainment has a new survival game Grounded for Windows and Xbox One. The  early access was on 28 July, but the main release is only expected in 2021.

So, as it stands, Grounded has only been released on early access, giving players about 30 minutes of gameplay. It is already quite clear that this game is different from other survival games.

Grounded is your typical co-op survival game, with you playing as one of four teenage explorers who must stay alive. Here is where we receive our plot twist. Instead of sending you to another planet or stranded island, you end up in an everyday suburban backyard.

If you are familiar with the film Honey, I Shrunk the Kids, then you have a good idea of where this is going.

What is ‘Grounded’ about?

The 30 minutes’ worth of gameplay does not reveal much concerning the plot of the game. However, to start things off, you wake up with no recollection of how you ended up in this situation.

What is quite apparent, though, is that you have been shrunk down to one two-thousandth of your regular size. And you have two goals:

It sounds simple, but it is easier said than done.

However, the story is far from “finished”in its current state. After wrapping up the 30 minutes of gameplay, you are not close to being “big” again. This is because the game has not yet been completed.

What can you expect in the gameplay?

Grounded starts in what can only be described as a deceptively easy manner. You are given a series of simple tasks such as finding food and water. If you do not find these, you will perish.

You spend the first day trying to figure out what is edible and what is not. Water is supplied through dew drops found on blades of grass. But your priorities change quite quickly as you discover that a lot of creatures are interested in eating you.

Grounded features a system in the form of SCA.B OS which helps to detail crafting recipes. And, while this system will help you move along, the real progress depends on your internalisation.

Negating the pressures of survival

The better you know and understand the world you are in, the better you can manage your needs and wants. Even in its unfinished form, Grounded supplies you with an array of methods to negate the pressures of survival.

Once you know what you are doing and where to go, it is a straightforward path to “finishing” the game. From there, you can complete rudimentary quests, and continue to build and explore in the backyard world. However, you will not be achieving any story goals.