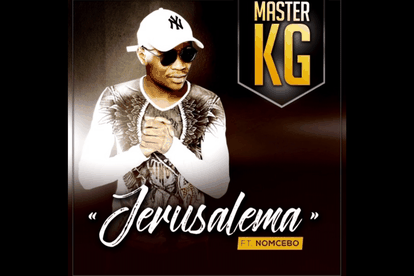 Despite no nominations for the recent South African Music Awards (Samas), Master KG’s catchy Jerusalema is trending all around the world.

The song, which premiered in December 2019, has become a popular dance challenge on TikTok and other social media platforms.

In fact, people have been dancing their way through lockdown with Master KG’s song featuring Nomcebo Zikode. The overwhelming feedback is that it gives people joy.

Jerusalema has been trending on Twitter, with people either doing covers of the song or posting their dance videos. Just look for #JerusalemaDanceChallenge.

What makes the trend more interesting is that policemen and women, soccer teams, medical staff and even schools have joined in on the fun. Most also have posted videos featuring them doing the dance challenge.

This is one of many clips with show how popular the song has become.

By Monday 17 August, the South African gospel song had reached over 84 million views on YouTube, with one million likes.

YouTube shows many versions of the dance challenge with groups posting videos from Italy, France and other countries.

The song has become known globally thanks to the TikTok-inspired dance challenge.

Master KG’s song has brought joy all around the world during the lockdown.

If you missed out on seeing all the videos, or have been living under a rock and haven’t seen even one yet, Master KG has retweeted quite a few.

The South African also has collated some of the most popular videos.

The musician shared his excitement over the impact the song has had in so many countries.

No Sama nomination though

Despite the craze for the song, it failed to receive a single nomination during the recent music awards. Fans were so outraged by this that they called for the Samas to be cancelled.

Fellow musicians expressed their disappointment as well. Black Coffee, for example, mentioned that the Samas could have just added the song.

Black Coffee previously shared a video of Usher and himself dancing to the song, as well as an image of him at a Switzerland gig where the crowd asked for Jerusalema.

Then, Prince Kaybee said if he won the Song Of The Year award that he was nominated for, he would give his award to Master KG.

Other accolades for ‘Jerusalema’

Even though Jerusalema missed out on a Sama nomination, it has been successful in other ways. The Department of Arts, Sports and Culture has named Master KG and Zikode as SA young ambassadors.

In South Africa, it sits at number two according to Charts by Africa and it is number one on iTunes in this country. It has even entered the global five on Shazam.

Jerusalema is at least one of the few good things to come out of 2020 so far!