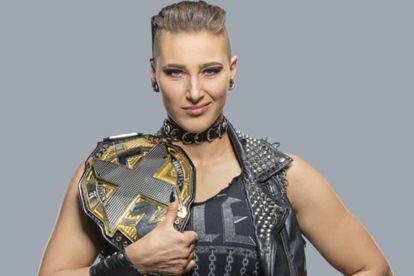 For most young female competitors in pro wrestling, WrestleMania is but a distant dream. But the 23-year-old Rhea Ripley (real name Demi Bennett) has lived that dream, and is well underway to achieving everything she wants to and more in the ring.

Gearing up for ‘NXT: In Your House’

After only just getting put down by Charlotte Flair on day two of WrestleMania back in April, The South African chatted to Ripley about the upcoming NXT: In Your House pay-per-view, taking place this Sunday 7 June exclusively on the WWE network.

Ripley will have the chance to reclaim the NXT Women’s Championship in a triple-threat match against not just Flair, but Io Shirai as well.

We also chatted in depth about her career to let fans on this platform get an inside glimpse into how a young girl from Adelaide, Australia, made it onto the WWE platform.

Ripley gave us some of her mandatory streaming suggestions and the interview wraps up with an entertaining rapid fire round.