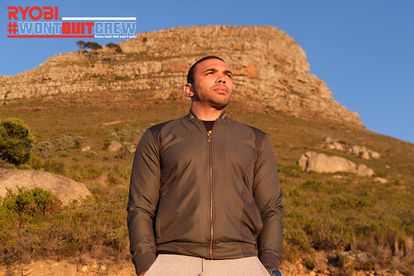 The Won’t Quit Crew will award a professional mentorship as well as R50,000 to South Africa’s ultimate up-and-coming sports star.

Power tools manufacturer RYOBI step in as producers of the show that will track the Won’t Quit Crew.

The company has done stellar work in helping to tell the stories of South African sports and adventure heroes.

“We’re taking this narrative one step further and putting our money where our mouth is. We are on the hunt for SA’s top up and coming athlete – regardless of gender, sport or tier. Our Won’t Quit Crew of mentors will choose a winner who will receive R50,000 cash and leadership support to take the next step on their athletic journey.”

The campaign will involve three months of mentorship between three chosen athletes and the mentor assigned to them, with content being created throughout the campaign to help build the profiles of the athletes and guide them towards the next steps in their careers.

Come campaign conclusion, the athlete that is judged to exhibit the most ‘Won’t Quit’ attributes will be awarded R50 000 in cash and the title of #WontQuitCrew winner for 2022.

How to apply to the Won’t Quit Crew?

This talent search is for South African based athletes and involves applicants setting up a profile on athlete sporting platform, MatchKit – https://bit.ly/wontquitcrew – then sharing their unique URLs to social media via a post with the hashtag #WontQuitCrew.

The judges will make their initial selections based on these social posts.

For additional information or to learn more about the campaign and the team of mentors, visit www.wontquitcrew.co.za.