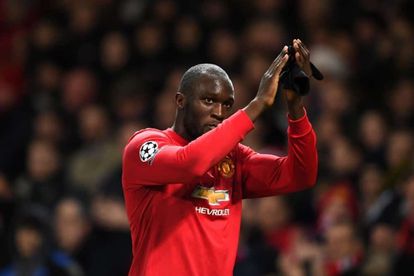 Manchester United finally sealed top spot in Group A of the UEFA Champions League with a win over CSKA Moscow.

The Red Devils had to come from behind after the Russians broke the Old Trafford deadlock.

Alan Dzagoev will be given the credit for a bizarre goal as Vitinho’s shot cannoned off the midfielder’s back as he was running away from it.

Romelu Lukaku equalised the other side of half-time when he shrugged off his man to angle past Igor Akinfeev.

And the keeper was stranded again within a minute as Marcus Rashford found the bottom right-hand corner.

Basel, unbeknownst to the Russians, were doing the business at Benfica anyway.

Mohamed Elyounoussi and Dimitri Oberlin scored the goals in Portugal as the Swiss side sealed second.

Bayern Munich gave Paris Saint-Germain a run for their money at the summit of Group B inside the Allianz Arena.

Bayern went ahead through Robert Lewandowski’s close-range prod, before Corentin Tolisso nodded in James Rodriguez’s cross to make it two.

But, with the Germans needing a four-goal margin, the oil-rich French champions allayed fears of an upset when Kylian Mbappe headed home on 50 minutes.

Tolisso added a third, but it was too little too late for Jupp Heynckes’ side.

Celtic took the Europa League place, despite slipping to defeat against bottom side Anderlecht

Pieter Gerkens had the hosts in a pickle when he opened the scoring on 62 minutes.

But the Belgians couldn’t add the two further goals they needed to usurp their hosts.

Roma squeaked the honours in Group C with a narrow win over tiny Qarabag.

After an anxious, hour-long wait at the Stadio Olimpico, Diego Perotti finally put the hosts ahead with the decisive goal.

Eden Hazard equalised at Stamford Bridge, but Antonio Conte’s men will have to settle for second.

Barcelona top Group D after a goal from Paco Alcacer and an own goal from Jeremy Mathieu were enough to seal a win for the Spaniards over Sporting Lisbon at the Camp Nou.

Juventus go through in second after Juan Cuadrado tapped in from close range and Federico Bernardeschi added a late second for the Old Lady at Olympiakos.