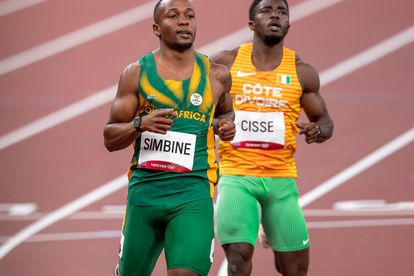 South Africa’s trio of men’s 100m entrants have all reached the semi-finals at the Tokyo Olympics. Photo: Twitter @TeamSA2020

South Africa’s trio of men’s 100m entrants have all reached the semi-finals at the Tokyo Olympics. Photo: Twitter @TeamSA2020

South Africa’s trio of men’s 100m entrants have all reached the semi-finals at the Tokyo Olympics.

READ | CHAD LE CLOS: I LOST FAIR AND SQUARE, BUT I’LL BE BACK!

The race is well and truly on to determine the fastest man in the world.

It must be said that the field looks to be the weakest in living memory following the retirement of Usain Bolt, the general absence of an heir to the Jamaican superstar in the Caribbean, and no Justin Gatlin and Christian Coleman thanks to the ban handed down to the latter.

That simply opens the door to the 24 remaining athletes to burst through and claim the gold, silver and bronze medals.

Gift Leotlela will run in what looks to be the toughest of the three semi-finals, alongside Canada’s Andre De Grasse, Jamaica’s Yohan Blake and American Fred Kerley.

Shaun Maswanganyi will take to the start in the second semi-final (12:23) along with American race favourite Trayvon Bromell.

In the third and final semi-final (12:31), Akani Simbine will come up against another American in Ronnie Baker.

Only the top two finishers as well as the next two fastest runners across all three semi-finals will qualify for the final.