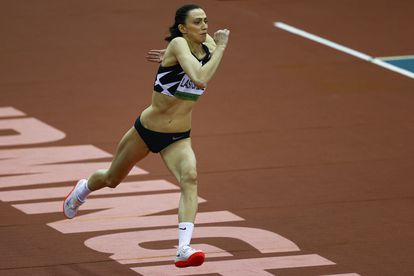 Following the invasion of Ukraine in February, the International Olympic Committee had recommended a ban on Russian and Belarusian athletes, a request followed by most federations.

“You say you made this decision for our safety but it’s not true. Russian tennis players who play around the world prove it. Fans love athletes for the show they put on, not for their nationality,”

Lasitskene wrote in an open letter published on Instagram in both English and Russian.

“In high jump, my main competitors are Ukrainians. I wouldn’t know how to look them in the eye, or what to say to them. They and their families are experiencing what no human being should have to experience.

“Your decision did not stop the war but gave birth to a new one, around and inside sport, which is impossible to contain.”

“I suspect that you will not have the courage or the dignity to put an end to the sanctions against Russian athletes.”

In recent years, Lasitskene has been an outspoken critic of her own national sporting bodies mired in scandal.

She and her track and field teammates were banned from taking part in the 2016 Olympics in Rio when Russia was punished for its state-backed doping.

Russia’s football team was kicked out of the World Cup this year due to the invasion while Russian tennis players have been banned from Wimbledon.