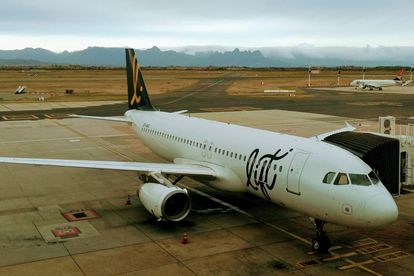 The sky’s the limit for South Africa’s leading athletes and national sporting federations following the announcement of a partnership with LIFT, the country’s newest airline.

The South African Sports Confederation and Olympic Committee (SASCOC) and LIFT have partnered to transport athletes in both the Olympic and Paralympic teams.

As of 1 August 2021, LIFT became the official domestic carrier of Team SA’s athletes.

The first beneficiaries of the new relationship will be the country’s returning Team SA athletes followed by our Paralympians, who compete at the Tokyo Olympics from 24 August.

“These are truly exciting and inspiring times. LIFT is a dynamic and flexible new player in South Africa’s airline industry and their brand embodies the same hope and spirit as SASCOC and Team SA.”

“We are thrilled to partner with SASCOC to transport our incredible Olympic and Paralympic athletes who have already brought so much joy to South Africans, and who have reignited our united spirit following a difficult time for our country. We hope that our athletes make it all the way to their respective finals, win medals and achieve their personal goals. We’re so happy to be a part of their journey and offer them great flight experiences and amazing flexibility,” said Jonathan Ayache – LIFT CEO.

To note, LIFT flights currently operate between Johannesburg and Cape Town. They will not be flying the team to and from Japan.