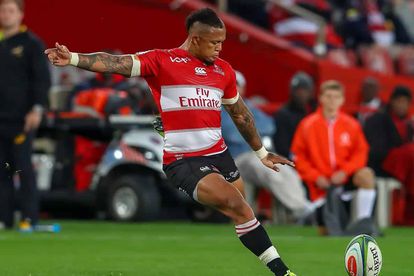 The Emirates Lions proved too strong for the touring Argentinian Jaguares in their Super Rugby quarter-final match-up on Saturday. The Lions now progress to the semi-finals; the only South African rugby team making it this far in the 2018 challenge.

It wasn’t going to be an easy game for the Johannesburg based team – while the Lions had the home ground advantage at Ellis Park, the touring Argentinians have slain stronger teams on foreign soil before.

South African rugby supporters had all their hopes pinned on a local victory, following a somewhat predictable Sharks defeat earlier on Saturday. The Jo’burg based team also managed to secure a home ground advantage for the semi-final contest against the Australian Waratahs.

In what may prove to be their finest game of the season, the Lions trampled over a well prepared Argentinian side – a team bolstered by a predominantly international starting line-up.

While the Jaguares managed to slot over a few penalties early on in the encounter, the Lions clawed their way back into the fray with an excellent running game.

The redemption of Elton Jantjies

Following a disastrous performance in the Springbok’s last encounter against England, the pressure on Jantjies cannot be understated. Local rugby fans were left calling for his head, insinuating that his rugby career, at least internationally, should come to an end.

Lions coach, Swys de Bruin, refused to abandon the heavily criticised flyhalf; a decision which paid off in their latest Super Rugby victory. Jantjies had an outstanding game, winning man of the match, scoring his team a total of 20 points.

The Lions have made it to the Super Rugby semi-finals, a feat, which in itself, deserves recognition. They’re the only team still representing the South African conference after the Sharks were thrashed by the Crusaders, 40 points to 10.

The Waratahs managed to scrape through to the semis following a close battle with New Zealand rivals, the Highlanders. The Australians won by only seven points and looked outmatched for most of the contest.

So, what are the chances of the Lions beating the Waratahs on Saturday, 28 July? Based on previous encounters, the Lions have a very good chance of making it to the finals.

The two teams last faced off in April, in a match which saw the Lions pummel the Waratahs by 29 points to zero. That was an away game for the Joburgers.

With the crowd at Ellis Park fully behind the red-and-whites, chances are very good that we may see a South African team in the Super Rugby finals.