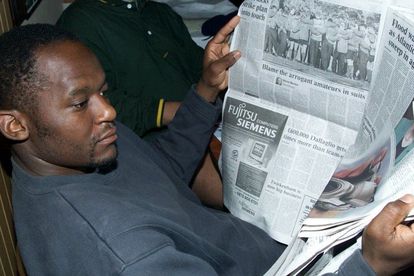 Former Springbok utility forward, Thando Manana has lashed out at the South African Rugby Union (SARU) for creating what he terms a “rugby Bantustan”.

He was referring to SARU not handing over control of the Southern Kings as well as the Currie Cup outfit over to the new executive board of the Eastern Cape Rugby Union (EPRU), despite the executive board being established five months ago.

No stranger to dragging SARU, Manana questioned the governing body’s interference with the EPRU.

Writing in his column for SA Rugby Magazine, he stated that the reasons for SARU’s continued control over EPRU affairs were purely financial.

“Firstly, SARU is under serious financial pressure, as illustrated by the fact it has had to cancel provincial amateur weeks for fifteens and sevens rugby. SA Rugby needs to make money for itself and identified the recent Springbok test against Argentina in Port Elizabeth and the Kings’ admission to Europe’s Pro14 as an opportunity to achieve this.”

He further accused SARU of creating a parallel structure on racial grounds.

“SA Rugby has, in a way, created a rugby Bantustan. The governing body is keeping democratically elected EPRU executives in charge of club rugby, taking away their voting rights and effectively removing them from mainstream rugby.”

The former Bulls player finished off by stating the current set up was not set up to benefit EPRU, or the Eastern Cape at large.

Manana was the third black African player to represent the Springboks and made his Bok debut against Argentina A in Buenos Aries, where he famously refused being subjected to an initiation ritual he termed as “making a desperate and pathetic attempt to subscribe to Afrikaner norms”.

He has been a firm advocate of transformation in the sport and has, in the past, been a vocal critic of former Springbok coach, Heyneke Meyer among others.