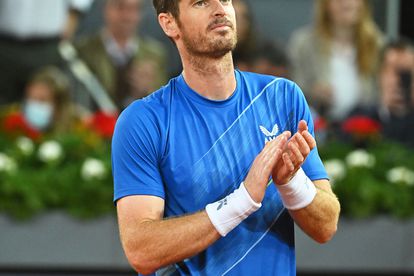 Novak Djokovic described his win over Gael Monfils in Madrid as his “best performance of the year” as he set up a showdown with Andy Murray. Photo: Twitter @atptour

Novak Djokovic described his win over Gael Monfils in Madrid as his “best performance of the year” as he set up a showdown with Andy Murray. Photo: Twitter @atptour

Top seed Novak Djokovic described his straight-sets opening win over Gael Monfils in Madrid on Tuesday as his “best performance of the year” as he set up a showdown with Andy Murray.

The 20-time major champion ensured he would keep his number one ranking for at least another week by extending his winning record against Monfils with a 6-3, 6-2 victory at the Caja Magica.

Djokovic, who entered the contest 17-0 head-to-head against the Frenchman, needed a win in their second round match to avoid surrendering the top spot to second-placed Daniil Medvedev.

“I would probably rate it as the best performance of the year, I would say. I felt very good on the court,” said Djokovic.

“I’m very pleased, considering, you know, that up to today I was not playing my best tennis in the few tournaments that I played this year and still kind of finding my rhythm, finding my groove.”

The three-time Madrid champion is finding his rhythm, after not competing much this season, but arrived to the Spanish capital fresh from a runner-up showing at his home tournament in Belgrade.

The Serb saved three break points in his first two service games before he wrested control of the match from Monfils and grabbed a one-set lead in 47 minutes.

Djokovic had to save two break points as he served for the match before he booked a last-16 clash with Murray, a 6-1, 3-6, 6-2 winner against Canadian 14th seed Denis Shapovalov.

It will be the first meeting between Djokovic and Murray since the Doha final in January 2017.

“In theory I should have no chance in the match, he’s obviously number one in the world and I’m playing with a metal hip,” said Murray, who is 11-25 against Djokovic in his career.

“It’s a great opportunity for me to see where my game’s at and to play against him again. We’ve had so many battles over the years at some of the biggest tournaments in the world.”

Elsewhere, Carlos Alcaraz won his first match as a top-10 player, opening his Madrid account with a 6-3, 7-5 triumph over Georgia’s Nikoloz Basilashvili.

The Spanish teen sensation, who owns a joint ATP-leading three titles so far this season, extended his winning streak to six matches, having picked up the trophy in Barcelona 10 days ago.

The seventh-seeded Alcaraz, who turns 19 on Thursday, awaits Cameron Norrie or John Isner in the last 16 and could potentially square off with his countryman Rafael Nadal in the quarter-finals.

Sixth seed Andrey Rublev needed to rally from 0-3 down in the decider to overcome British wildcard Jack Draper 2-6, 6-4, 7-5.

The Russian world number eight, who beat Djokovic in the Belgrade final last week, dropped serve twice in the opening set and lost an early advantage in the second before squeezing past the left-handed Draper, who is ranked 121 in the world and was making his ATP clay-court debut in Madrid.

Results from the ATP/WTA Madrid Open on Tuesday (x denotes seeding – players representing Russia and Belarus are banned from competing under the name or flag of Russia or Belarus until further notice):