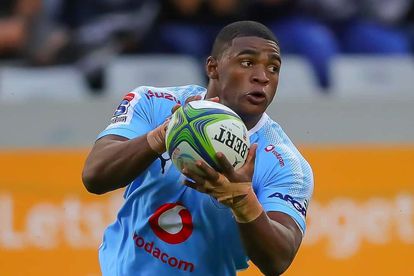 Super Rugby fixtures on Friday, 4 May

All kick-off times are SAST.

All eyes will be on the Jaguares as they target their next big scalp on tour with the Rebels, Brumbies and Blues all falling victim to the red-hot South Americans. But the Chiefs will be a tough nut to crack on home turf where they will be chasing their seventh consecutive win.

Recent head-to-head match-ups between these two teams paint a rather grim picture for the Australians. The Rebels have lost four of their last five games against the Crusaders and six games on the bounce at home to New Zealand sides. The table-topping Kiwis are enjoying a five-match winning streak and are in pole position to give the hosts a good thumping.

Super Rugby fixtures on Saturday, 5 May

A huge game for obvious reasons. Saturday’s opener is a repeat of the 2016 Super Rugby final, as well as last year’s semi-final and the Lions, currently in second, will have to overcome a number of milestones if they are to beat the ‘Canes. For the last SA win in New Zealand against the Hurricanes, you’ll have to dig in the archives dating back to 26 April 2013. The visitors have been boosted by the news of the return of the try-scoring machine Aphiwe Dyantyi.

The Waratahs, coming off a bye, will have had plenty of time to think about their 29-0 thrashing dished out by the Lions. Their clash against the Blues will be the first of three against NZ opposition and they could find their position at the top of the Australian conference under threat in coming weeks. The Blues have lost seven of their nine outings but both wins have come on the road this season, having beaten the Lions and the Sunwolves.

The Bulls will be looking to complete the double over the Stormers when they travel to Newlands to round off the action for week 12. But the Cape Town-based side are determined to rectify matters and their loss at Loftus Versfeld will only fuel their desires as both teams look to pick up points if they are to challenge later on in the competition.

The Sharks won’t lack any motivation when they host the Highlanders having beaten the Blues and come close against the Hurricanes, their only two games against NZ opposition so far. They recovered well after their loss to the Bulls with a win against the Stormers and will be looking exploit the Highlanders who are desperate to fix possession and territory disparity against the Sharks after edging the Bulls by a single point last weekend.