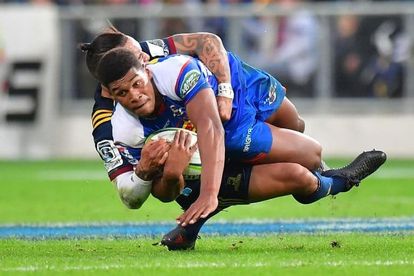 With reporting from AFP.

The Stormers touring woes continued to a losing streak of ten matches as the Highlanders clinched a 33-15 bonus point win in Dunedin on Friday.

The Highlanders ran in five tries to two against the South Africans, including a brace for All Black fullback Aaron Smith, making it two wins from two for the season.

The Stormers now have only one win from four, despite dominating territory. Captain Siya Kolisi expressed his frustration with his side’s error-strewn attack.

“It’s the same story every time… we didn’t hold onto the ball, we didn’t come away with points when we got to the 22 and they did,” he said.

“We can’t keep making the same mistakes every week.”

Highlanders captain Ben Smith, meanwhile, was pleased his players handled the physical challenge meted out by the Stormers.

“They’re big men, we had to match that and we did,” he said.

“We didn’t help ourselves at times (with handling errors) but that’s an easy fix.”

The Stormers conceded early despite coach Robbie Fleck’s remarks before the match about the need to avoid last week’s horror start against the Crusaders, when they let in four tries in the first 20 minutes.

The Highlanders were 19-15 up at half-time and only desperate Stormers defence prevented them scoring either side of the break.