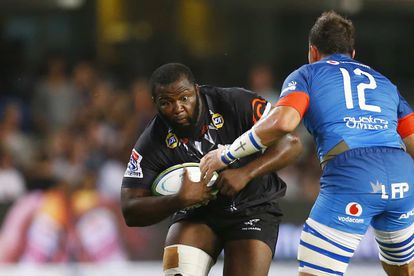 Predictions, results and fixtures for Round 6 of Super Rugby 2020 follows below this preview.

Having finally lost what was the only remaining unbeaten record in Super Rugby 2020 last weekend, the Stormers have a bye for round six.

The Brumbies have the chance to leapfrog John Dobson’s men to the top of the overall standings as they visit the Sunwolves on Friday morning.

Defending champions the Crusaders might also go top this weekend. The New Zealand conference leaders host the Reds directly after the Brumbies game.

Friday’s action ends with the Waratahs playing host to the Chiefs. The New South Wales outfit will be looking to build on their first win of the season, against the Lions.

The Hurricanes host the Blues first up on Saturday morning before the struggling Lions visit the Rebels.

The Sharks are back on home soil with a winnable fixture against the Jaguares. Sean Everitt’s side will be looking to capitalise on the Stormers’ recent stumble.

The only team without a win this season, the Bulls, look to set that record right as they host the Highlanders on Saturday evening.

“Kruger should be leading from the front, but he was nowhere, and I hardly saw Strauss,” said TV analyst Mallett after the Bulls suffered a round-four thumping at home to the Jaguares.

“Juandre and Josh are vastly experienced players and should be bringing the younger Bulls along with them, but they are not producing enough aggression.”

The bottom-of-the-table, Pretoria-based Bulls will on Saturday host fellow strugglers Otago Highlanders, who are two places higher in the combined table having won just one of four matches.

Fixtures and results for Round 6 of Super Rugby 2020

Predictions for Round 6 of Super Rugby 2020

Predictions are based off an algorithm developed by a New Zealand statistician.

Orlando Pirates WAGS: Who are these players dating? [photos]

‘You will never go hungry’: Babes’ promise to Mampintsha’s family