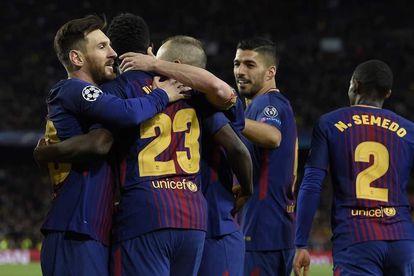 It’s being billed as a mega-attraction – with everyone looking for tickets to Sundowns vs Barcelona, but uncertainty surrounds the match that’s due to take place next week.

The fixture is supposed to form part of the Nelson Mandela Centenary celebrations at the FNB Stadium in Johannesburg… but a few people are getting nervous about it even happening.

Barcelona have not actually confirmed the fixture yet. The La Liga season is also not over – it’s only due to conclude on 20 May with three fixtures left to play for the Catalans. Barca are runaway leaders, but that’s not the reason why the fixture has not been confirmed by the Spanish giants.

FC Barcelona will not confirm their trip to South Africa for an international friendly with Mamelodi Sundowns until they have ‘enough payment guarantees’, Catalunya Ràdio reported.

Barcelona denied knowing about the fixture when they were asked about it by soccer publication Goal. Sources now claim that the club has not been allowed to say anything until the financial side of things has been finalised.

Independent Media claim that Barca have demanded a fee of around R100 million to take part in the match.

Sundowns coach Pitso Mosimane said he was unable to speak on behalf of Barca, according to eNCA.

“I think the team is going to give that announcement so it’s not nice for me not to give the team a chance to say things like that.”

Regardless, planning is going full steam ahead.

Stadium Management CEO Jacques Grobbelaar leaked the cost of tickets to Twitter recently. According to Grobbelaar, prices range from R40 for the upper-tier seating, while premier seating would cost a whopping R550.