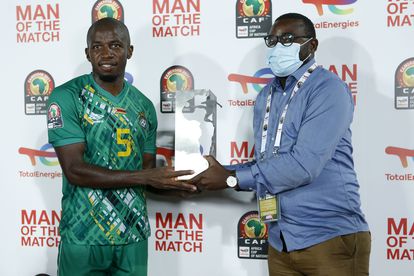 Zimbabwe won their first Africa Cup of Nations (AFCON) match since 2006 but were still eliminated from this year’s tournament in Cameroon. Photo: Alain Guy Suffo/BackpagePix

Zimbabwe won their first Africa Cup of Nations (AFCON) match since 2006 but were still eliminated from this year’s tournament in Cameroon. Photo: Alain Guy Suffo/BackpagePix

Senegal were held 0-0 by minnows Malawi in Bafoussam on Tuesday despite the return of stars Edouard Mendy, Kalidou Koulibaly and Idrissa Gueye, but still won Group B at the Africa Cup of Nations (AFCON).

READ | STUART BAXTER AND MANDLA NCIKAZI TO WORK TOGETHER

On an evening of surprises, Guinea fell 2-1 to already-eliminated Zimbabwe in Yaounde and scraped into the round of 16 as runners-up thanks to a better head-to-head record than Malawi.

Brave Malawi finished third and must wait until Thursday to see if they will be among the best four third-placed teams and qualify for the second round.

Senegal came to AFCON as one of the favourites but have won only scored once – from a Sadio Mane penalty – in three matches.

The Teranga Lions, runners-up to Algeria at the last AFCON in 2019, needed 97 minutes to beat Zimbabwe, and were held by Guinea and Malawi, who are 109 places lower in the world rankings.

Malawi believed they should have been awarded a penalty in the second half when Gomezgani Chirwa had his shirt pulled by Bouna Sarr, but the referee disagreed after looking at the VAR monitor.

As Senegal sought a late goal, they introduced midfielder Pape Gueye off the bench in place of ineffective Boulaye Dia.

Gueye, barred by FIFA last week over a disputed transfer from Watford to Marseille, took his case to the Court of Arbitration for Sport (CAS) and won.

Zimbabwe triumphed at the flagship African tournament for the first time since 2006 when they held on for victory over previously impressive Guinea.

A Knowledge Musona header and a Kudakwashe Mahachi shot gave them a two-goal half-time advantage that was reduced when Liverpool midfielder Naby Keita netted on 49 minutes.

The match was refereed by Rwandan Salima Mukansanga, the first woman to do so in the 65-year history of AFCON.

On Monday, a Confederation of African Football (CAF) statement said Mukansanga would handle the match with two female assistants, Carine Atemzabong of Cameroon and Fatiha Jermoumi of Morocco.

However, when the officials entered the pitch for the match at Stade Ahmadou Ahidjo, both assistant referees were males.

CAF did not immediately disclose why the assistant referees were changed.

“We are super proud of Salima because she has had to work exceptionally hard to be where she is today,” said CAF’s referees boss Eddy Maillet from the Seychelles.

“We know that as a woman she had to overcome serious obstacles to reach this level and she deserves a lot of credit.

“This moment is not just for Salima, but every young girl in Africa who has passion for football and who sees herself as a referee in the future.”