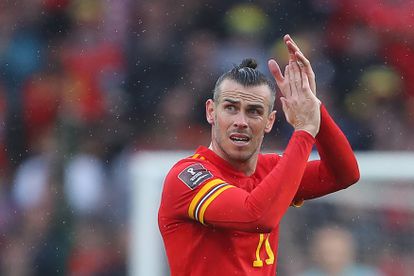 Wales’ striker Gareth Bale walks off as he is substituted during the FIFA World Cup 2022 play-off final qualifier football match between Wales and Ukraine at the Cardiff City Stadium in Cardiff, south Wales, on 5 June, 2022. Photo: Geoff Caddick / AFP

Wales’ striker Gareth Bale walks off as he is substituted during the FIFA World Cup 2022 play-off final qualifier football match between Wales and Ukraine at the Cardiff City Stadium in Cardiff, south Wales, on 5 June, 2022. Photo: Geoff Caddick / AFP

Wales captain Gareth Bale said any sympathy with Ukraine will be forgotten on Sunday as he tries to lead his country to a World Cup for the first time since 1958.

Ukraine beat Scotland 3-1 in an emotional encounter on Wednesday in their first competitive match since Russia’s invasion to set up the play-off final in Cardiff.

Bale picked up his fifth Champions League title with Real Madrid last weekend and was one of the heroes of Wales’ remarkable run to the semi-finals of Euro 2016.

However, the 32-year-old has never played at a World Cup and may not get another chance.

“It’s not coming from a horrible place, but we want to do it for our country, our own fans,”

said Bale on Saturday when asked if he felt conflicted facing a war-torn nation.

“Everybody in the whole world feels for Ukraine, but it’s football. It’s a competition, it’s sport, it unites everybody.

“We understand what it would do for Ukraine, but we want to get to a World Cup.”

Wales are unbeaten in 18 games at home and Bale is not expecting the atmosphere to be any less intimidating despite the unique circumstances surrounding the match.

“We’ll be the most popular team in the stadium, that’s the most important thing,”

he added on the worldwide support for Ukraine.

“Our hearts and everything goes out to the kids, the families, the people of Ukraine. We’ve felt awful and are not able to do too much. Tomorrow is a game a football and we want to win.”

Bale scored twice as Rob Page’s men beat Austria 2-1 in March to secure their place in the play-off final despite a lack of match fitness as he barely featured for Madrid last season.

He is now a free agent having left the Spanish giants and admitted to having “loads” of offers for where to play his club football next season.

“I’m not concentrating on what lies ahead, my focus is on a massive game tomorrow. I have no other worries than tomorrow’s game,” added Bale.

“When I feel happy I’m able to produce my best stuff. Hopefully that’s the case tomorrow.”

‘Most important game of our lives’

Six of the Ukrainian starting line-up in Glasgow are still contracted to clubs in their homeland and had not played competitively this year.

However, one of those, Dynamo Kyiv’s Oleksandr Karavaev, believes they have recovered in time to put in another huge emotional and physical effort.

“We have very good medical team and they help us to renovate ourselves,” said Karavaev, who does not expect Wales to ease up.

“Sport is sport and we don’t expect presents or an unfair win. We know how hard it is, but it is the most important game of our lives. We will do everything to win.”

Page also stressed that it is “business as usual” for his preparations ahead of a historic chance to end Wales’ wait for a place at the World Cup.

“If we could take away what they are going through in a heartbeat we would, but now this is business,” said Page at his pre-match press conference.

“It is business as usual. We are sympathetic absolutely, it’s appalling, but we’ve got a job to do and we are fully focused on it.”

A symbol of the war will be in place in the Welsh capital, though, as Karavaev revealed a Ukrainian flag sent by soldiers on the front line will be hung up in the visiting dressing room.