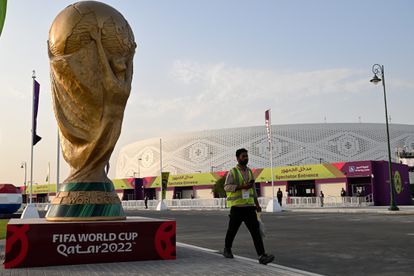 Women will not be asked about their marital status when seeking medical treatment during this month’s World Cup in Qatar, which criminalises sexual relations outside marriage, organisers said.

“Nobody will be asked if she is married or not,” the organising committee’s healthcare spokesperson Yousuf al-Maslamani said Thursday.

The conservative Gulf state, where the World Cup kicks off on November 20, punishes extra-marital affairs with up to seven years in prison, though rights groups say such sentences have not been enforced for many years.

Some embassies had previously advised pregnant women to provide proof of marriage if they seek medical treatment while in Qatar.

“Nobody will be asked about their sex, nationality or religion,” Maslamani told a press conference when asked about the treatment of women at the World Cup.

Several groups have expressed concerns about the treatment of women at the tournament.

Last month, a group of Australian women who were strip-searched and examined at Doha airport in October 2020 announced they were suing Qatar Airways and the country’s Civil Aviation Authority.

They were among women taken off 10 flights and given gynaecological examinations after a newborn baby was found abandoned at the airport.

Qatar has since made an official apology and one airport official was given a suspended jail term.

The Gulf kingdom will also relax rules allowing only people with World Cup tickets to enter the country, organisers said.

Since November 1, only people with match tickets accompanied by three guests have been allowed to enter the country.

But these restrictions will now be eased on December 2 at the end of the tournament’s group stage, when up to four matches a day will be played.

Qatar expects more than one million visitors during the tournament, amid fears of overcrowding.