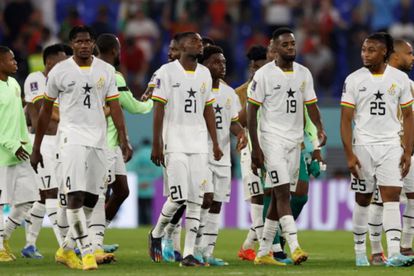 A 3-2 victory over South Korea saw Ghana not only become just the fourth ever team to record consecutive 3-2 results at a FIFA World Cup – and first since Uruguay in 2010 – but also wrestle back control of their own qualification destiny.

A point here would be enough to seal their progression to the Round of 16 unless South Korea beat Portugal by at least two goals, whilst a big Ghana win coupled with a favourable result in the group’s other clash could even see the Black Stars top their group for the first time ever.

This game comes with a little added subplot, as the last time these two sides met was in the quarter-final of the first African World Cup back in 2010 when Uruguay controversially eliminated Ghana.

A handball on the line by Luis Suárez at the end of the extra-time gifted Ghana the chance to claim a semi-final berth, but having failed to convert the penalty and then subsequently being eliminated on penalties, the whole country felt cheated and Otto Addo’s men can now perhaps claim some redemption.

It seems like a great opportunity to do so given Uruguay’s offensive woes, with the Sky Blue failing to score in their group so far (D1, L1) – one of only three teams not to find the net in the first two rounds of the group stage after a 2-0 defeat against Portugal last time out. First and foremost they now need to secure all three points in this contest then hope South Korea fail to beat Portugal in the group’s other clash to progress to the Round of 16, otherwise it will come down to goal difference if both sides win.

The last time Uruguay didn’t make it beyond a World Cup group stage was in 2002, when they coincidentally drew their last match 3-3 against another CAF team in Senegal, after trailing by three goals at half-time. Any similar first-half scenario seems unlikely but certainly can’t be excluded as Ghana players still ‘cannot forgive’ Suarez for his handball and will undoubtedly be eager to make their mark from the first whistle.

Twenty-two-year-old Mohammed Kudus became the second youngest African player to score two goals at the World Cup after netting twice against South Korea on Monday. For the opposition, Edinson Cavani remains the last man to score for Uruguay at a World Cup, with his two strikes sending his nation into the quarterfinals back in 2018.

Uruguay are yet to finish a World Cup campaign without a goal scored.

This World Cup has featured the second set of siblings to play for different countries at the World Cup – Iñaki Williams of Ghana and Nico Williams of Spain.

Get the latest news from your favourite soccer team

Ask Me Later Save Changes