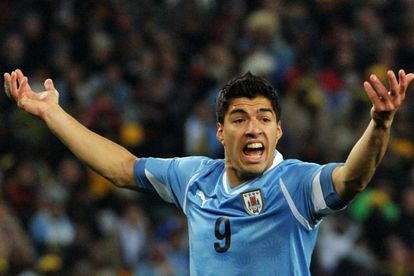 Today’s World Cup meeting between Ghana and Uruguay has been 12 years in the making. James the Jellyfish previews it and predicts the score.

It’s going to be an epic evening in Qatar.

World Cup 2022: James the Jellyfish predicts the scores on 2 December

Ronny and co to claim another win

It’s hard to know what we’ll get from a South Korea side that produced a dull 0-0 draw, and then got a 3-2 defeat by Ghana. Portugal should be too savvy for them here, but both sides will get on the score sheet. Bruno Fernandes has had a direct hand in four of Portugal’s five goals at the tournament.

Uruguay are yet to score at World Cup 2022, and now they face a Ghana side out to claim revenge in a grudge game of note. Mohammed Kudus became the second youngest African player to score two goals at the World Cup after netting twice against South Korea on Monday. The Black Stars will have top spot in Group H on their minds.

Real Madrid star Vinicius Jr has created more chances (6) than any other Brazilian so far though only has one assist to his name. He should have some fun against a struggling Cameroon side.

Swiss too precise for Serbia

Talismanic forward Aleksandar Mitrović netted in Serbia’s 3-3 draw with Cameroon, and he was also on target in his country’s only previous meeting with Switzerland. Serbia have lost their final group stage games in each of their three previous FIFA World Cup participations and, in 2018, lost 2-1 to Switzerland.

James the Jellyfish knows. Meanwhile, you can get more insights, analysis and love for the beautiful game from James Freemantle