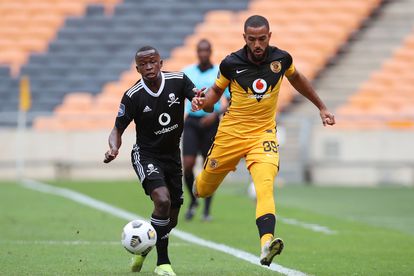 A date for the 2021 Carling Black Label Cup match between Kaizer Chiefs and Orlando Pirates has been set.

TheSouthAfrican.com can exclusively reveal that this year’s edition will be held on Saturday, 31 July.

According to a source who asked to remain anonymous, the date clashes with a rugby match between the Springboks and British & Irish Lions.

And this is the reason the off-season encounter has been moved to the Orlando Stadium instead of the FNB Stadium.

“The match will be played on 31 July,” the source told TheSouthAfrican.com.

READ | KAIZER CHIEFS | KHUNE VS BVUMA: WHO SHOULD START AWAY TO SIMBA?

“And that’s why Orlando Stadium has been chosen as the venue for the match because on the same day, the Springboks will play the British & Irish Lions at FNB Stadium,” added the source.

“All these will be confirmed at a launch next week,” concluded the source.

The launch for this year’s edition is scheduled for Monday, 24 May in Sandton.

Chiefs and Pirates last met in the Carling Black Label Cup in 2019, and this is because last year’s edition was cancelled due to Covid-19.

READ | CHIPPA UNITED LATEST | MPENGESI PULLS THE TRIGGER ON YET ANOTHER COACH!

Pirates are the last team to lift the Carling Black Label Cup following their 2-0 win over Chiefs in 2019.

Poem of the day: Best Blessing

Did Motshabi leak her own nudes on ‘Scandal!’ to spite Karabo?