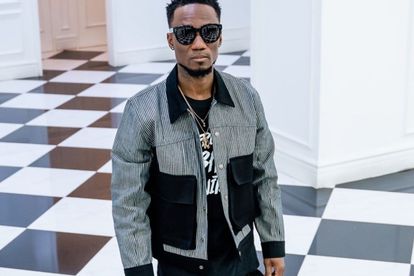 Former professional soccer player Teko Modise got candid with MacG on his ‘Podcast And Chill’ interview. Image via Instagram @therealtekomodise.

Former professional soccer player Teko Modise got candid with MacG on his ‘Podcast And Chill’ interview. Image via Instagram @therealtekomodise.

Modise, who has turned out for some of the biggest clubs in the country, has garnered so much success, that you wouldn’t associate being homeless with his name.

It wasn’t all smooth sailing for Modise

Modise has, however, endured such a tough period in his life, and it came way before his famed career as a footballer. Modise was some what a late bloomer in the professional ranks of South African football, having made his PSL debut for Supersport United at the age 24.

After making some serious waves in just his solitary season for Supersport United, it was then no surprise to see all of Kaizer Chiefs, Orlando Pirates and Mamelodi Sundowns vying for his signature. Eventually it would be the Buccaneers who would get their man, with Modise spending four season at the club, where he continued to play at a high level, becoming a fan favourite and solidifying his place in the Bafana Bafana team in the process.

He was most successful at Sundowns

Eventually Sundowns would also get their man, with Modise spending six of his most successful years back in Tshwane. ‘Donna’ as he is affectionally known as, won five PSL titles and also captained the club. He would then go on to finish his career at Cape Town City. But before he could become a household name, entertaining South African football lovers, he Modise had a tough childhood.

In an interview with popular Podcast & Chill with MacG Modise opened up about being kicked out of home by his abusive father, at the age of eight.

“My dad never told me he was a footballer — I was told that by neighbours,” Modise, born in Meadowlands, Soweto, and later raised in Diepkloof by his mother. He’s the guy who took me to my first game at FNB Stadium. But he never wanted me to play the game. He kicked me out. I think he was mad at the game — I think something happened. So he was always pushing me to go to school.” Said Modise

Modise then explains that his love for football would eventually see him get kicked out of home by his father.

How it eventually got him kicked out

“So whenever there were guys coming to try to lure me to go and play for them he didn’t like it — I’d get a beating. So you know when as a kid somebody tells you not to do a thing you actually go out and do it. I was told not to play this game and I wanted to find out what was it about this game that he didn’t want me to play. So we never actually had a relationship after that because once he kicked me out at eight, and then I became a street kid for a few months. The first time I ate Chicken Licken was from a dustbin.” Modise continued

Conditions he lived under as a street kid

“In the hood there is always going to be that kid who always f***s up. And I went to him, and was like, ‘I’m in this situation’. And he said, ‘Don’t worry I’ll help you out’. We found a place where I could hide my bags and clothes, and he’s the one who taught me the skills of how to survive and find food.” Said Modise who explained that he lived in a whole.