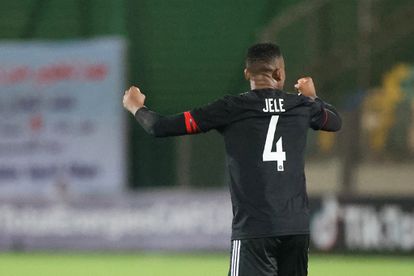 The PSL transfer window is closed, and almost every team is done with new signings but there is still a chance for some players to get teams.

And those are players have their clearances from teams they played for before the transfer window slammed shut last Thursday.

The South African website takes a look at the top FIVE players that could still secure deals even though the domestic transfer window is closed.

Jele parted ways with Orlando Pirates at the end of last season after spending 16 years at the club. He was just not ready to retire.

At the time, Jele was heavily linked with Royal AM but he maintained he had not been in contact with anyone there.

Akpeyi’s three-and-a-half year relationship with Kaizer Chiefs came to an end in June as the Soweto giants embarked on a mass exodus.

The Nigeria international has resurfaced at Swallows FC just weeks after he was reported to have signed with Sekhukhune United.

Mabena was reported to be on the radar of Orlando Pirates before the closing of the transfer window after Shauwn Mkhize confirmed that he had his clearance.

However, nothing came out of the reports as the transfer window slammed shut without Mabena returning to Pirates.

Ntshangase has not had a club since his release from Marumo Gallants at the start of the year – his stint was never a success.

But even with the transfer window closed, the former Kaizer Chiefs man is eligible to sign with a club of his choice to revive his career.

Qalinge was recently axed by AmaZulu, and while there were reports that he could return to the club, that never happened.

The former Orlando Pirates star is available to any team that is eager to sign him, and it remains to be seen if any of the 15 PSL teams will give him a chance.