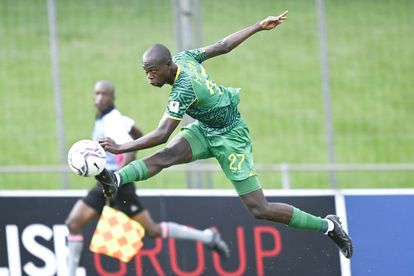 We bring you the latest PSL transfer rumours and football gossip taken from the pages of South African football media, with fresh news from Kaizer Chiefs, Pirates, Sundowns and more.

To date, only Sundowns have made significant buys, but there are indications that Kaizer Chiefs might unveil a new signing shortly.

With Yusuf Maart believed to be heading to Kaizer Chiefs in the near future, Sekhukhune United have reportedly lined up his replacement.

Marumo Gallants midfielder Miguel Timm is in the last six months of his contract and Sekhkhune could swoop in to pick him up.

The journeyman midfielder has come into his own at Gallants but could consider a move to ambitious Sekhukhune United.

Timm may even have signed a pre-contract which would see him depart at the end of the season for free.

The agent of Marumo Gallants star Ndabayithethwa Ndlondlo has confirmed informal contact has been made by Kaizer Chiefs officials.

At this stage he remains a Gallants player but there is a strong suggestion that a deal could be imminent.

“We have received calls but nothing in writing as yet, and I can’t reveal from which teams,” Nkhato told iDiski Times.

“No formal talks as yet, but we are waiting, we are anticipating to receive formal offers. Remember, the player still has a contract with Gallants. The two teams must agree first before finalising with the player.

“If the clubs can agree [on] terms, he will definitely move, and obviously, we will do that with the blessing from his current club.”

Makgopa would give Pirates something very different up front and might be seen as a solution to their recent goal-shy nature.

Also a factor could be a reunion between Goodman Mosele and Makgopa who linked up well during their time at Bakgaga Ba Mphahlele.

Mamelodi Sundowns on for double raid of Tshwane rivals

Despite SuperSport United’s reluctance to sell star midfield duo Teboho Mokoena and Sipho Mbule, Sundowns could be favourites to get hold of both players.

Mokoena and Mbule would seem to be a good fit for the Sundowns philosophy and could give both players the platform to launch a career overseas.