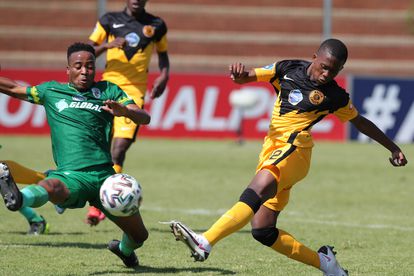 The transfer window hasn’t been very busy for Kaizer Chiefs with one saga taking centre stage, but there is plenty going on behind the scenes.

Here we look at all the latest PSL transfer rumours and football gossip.

According to Soccer Laduma there is some competition to take the young striker on loan.

He was set for a temporary move to Cape Town but it seems that Sundowns want to weigh up their options.

Kaizer Chiefs midfielder Mduduzi Shabalala will travel to Spain where he is due to train with La Liga giants Barcelona and Real Madrid.

“His trip [to Spain] was postponed due to Covid-19 but they have written to us requesting that he vaccinates, and he has done that,” said Khumalo.

“What’s left is for them to tell us when he should come. It’s a great opportunity because he will get the chance to be seen by different teams and he may not come back because of his talent.

“If he doesn’t succeed, he will come back and continue his development at Naturena because he’s an amazing talent that’s rare in Mzansi.

“Being named player of the tournament at the Cosafa Cup tournament meant a lot, and it wasn’t by a mistake. What’s good is that he’s playing for Kaizer Chiefs where there is pressure; that will help him settle.”

Mamelodi Sundowns are believed to have submitted an official bid to SuperSport United for the services of midfielder Teboho Mokoena.

Mokoena has many admirers, but Mamelodi Sundowns are the first to come in with an actual bid for the Bafana Bafana star.

According to KickOff, Sundowns have also offered a player to sweeten the deal.

“The negotiations are ongoing and have elevated to another level this week,” a source told the publication.

“Sundowns are prepared to offer SuperSport United cash plus players but that offer is still to be finalised with the players yet to be identified.”