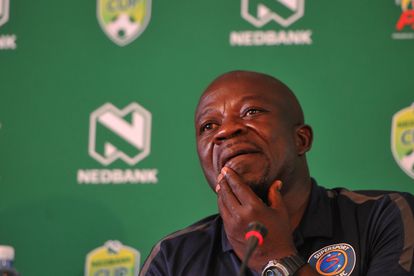 SuperSport United host Polokwane City in the PSL on Wednesday afternoon at the Bidvest Stadium in Braamfontein.

SuperSport United played out to a disappointing 1-1 draw against Bloemfontein Celtic over the weekend while Polokwane City were stunned by Kaizer Chiefs in one of the PSL’s most thrilling games of this season.

SuperSport United will be desperate for a full three points come this afternoon should they have any hopes of finishing in the PSL’s top three while for Polokwane City, survival is the order of the day. The Limpopo based side sit at the foot of the table in second last position heading into today’s action.

SuperSport United and Polokwane City have met on 15 previous occasions in the PSL. Matsatsantsa have walked away with a victory on six occasions while Rise and Shine have earned just three victories with the remaining six matches ending in a draw.

As far as the managerial battle is concerned, SuperSport United head coach has faced Polokwane City’s Clinton Larsen on just two previous occasions. Tembo earned a 3-1 victory last time out while their previous meeting ended in a goalless draw.

SuperSport United welcome the return of influential defender Clayton Daniels from suspension while Grant Kekana sits the game against Polokwane City out for the same reason. They’ll also be looking to their lethal attack in Bradley Grobler, Thamsanqa Gabuza and Kudakwashe Mahachi to get the goals on the day. Grobler ranks fourth on the PSL’s top scorers list.

Polokwane City on the other hand will be pleased with the fact that they scored twice against Kaizer Chiefs over the weekend however Clinton Larsen will be looking at solidifying his defence heading into their remaining five fixtures of the season.

Tembo welcomes the return of Daniels

“Clayton is coming back from suspension and this is good for the team as he is one of the most important members of our defence‚ and for the team in general‚” Tembo said ahead of Wednesday’s PSL clash.

“It is good for us that he is coming back because Grant Kekana is suspended for this game against Polokwane. Clayton has always been a warrior for the team over the years and he is very important to us‚ especially when you consider that sometimes we play a lot of young players.

“He helps in terms of communication together with other senior players like Bradley Grobler and Ronwen Williams. So‚ he is very key for us and we are glad that he is back.”

“The bottom of the table will change with every game that’s played. So we don’t look at that now. It’s just a matter of making sure that in the next five games we get the points.” Polokwane City head coach Clinton Larsen told Kick-Off ahead of the PSL clash.

“We do believe that seven to eight points is going to suffice for us to stay up and that’s going to be our target. I strongly believe that we’ve got enough in our arsenal to get the points that we need.”

SuperSport United vs Polokwane City: Kick-off time, where to watch

Action at the Bidvest Stadium gets underway at 15:30. The PSL clash will be televised live on SuperSport 4. You can also live-stream the game on DSTV Now (Subscription required).