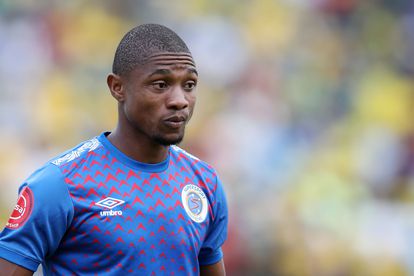 SuperSport United seek to bounce back from their Tshwane derby defeat as they host Chippa United at the Lucas Moripe Stadium on Friday.

This match pits two promising Zimbabwean coaches up against each other in Kaitano Tembo and Norman Mapeza.

The latter has led Chippa’s revival as they have moved to 10th place on the league table. When Mapeza took charge, they were in danger of falling out of touch in the survival fight.

The former Galatasaray player has previously credited Tembo with providing him with inspiration.

“We’ve been friends [since playing together for The Warriors]. We’ve been talking ever since I arrived here, and the guy knows much more about the PSL than me,” said Mapeza as per KickOff.

“He’s been here for nearly 20 years; he’s a former player of SuperSport and now he’s into coaching, so he knows much more about what has been happening here than me.”

Tembo himself has revived a SuperSport United side which was in less than ideal condition when he took over from Eric Tinkler near the end of the 2017-18 season.

The former Matsatsantsa player has transformed an ageing side into one brimming with young talent. He has also won this season’s MTN8 and kept SuperSport United in the hunt for CAF Champions League football.

At the very least, they will seek a spot in the Confederation Cup after losing the final of Africa’s secondary club competition 2-1 to TP Mazembe in 2017.

The game against Chippa can see SuperSport United move back within one point of Mamelodi Sundowns.

Prediction: Chippa are a solid outfit defensively and so SuperSport’s star-studded attacking force may struggle to break through. Ultimately, home advantage should see Matsatsantsa a Pitori to a narrow victory.

Bookies give SuperSport United a 60% chance of winning and Chippa only 24%. That said, Matsatsantsa only win 40% of matches at these odds and the Chilli Boys 30%.