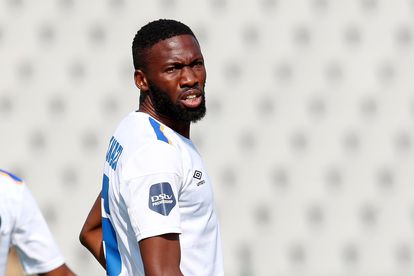 SuperSport United will reportedly be cutting defender Buhle Mkhwanazi from their squad as the Tshwane giants begin with a squad overhaul. Photo: @SuperSportFC/Twitter

SuperSport United will reportedly be cutting defender Buhle Mkhwanazi from their squad as the Tshwane giants begin with a squad overhaul. Photo: @SuperSportFC/Twitter

SuperSport United have stopped defender Buhle Mkhwanazi from participating in their training sessions or even be considered for selection.

And that’s because Mkhwanazi has refused to vaccinate for Covid-19.

According to Mkhwanazi’s agent Paul Mitchell, MultiChoice has a policy that all their staff members should be vaccinated, including SuperSport United employees.

However, Mkhwanazi has shot down the idea, at least for now, and for that reason, he has been sidelined by Matsatsantsa.

“MultiChoice has a policy that all their staff must be vaccinated. SuperSport United is just following the company policy. We respect it. This is unchartered waters for all of us, it’s a tough one for everyone,” said Mitchell to Thabiso Mosia of SA FM.

Mitchell said as the player’s agency (Siyavuma Sports Group), they found out about Mkhwanazi’s situation six weeks ago, and further confirmed that SuperSport United are still paying the player’s monthly salary even without him training with the club.

“We found out about this six weeks ago. SuperSport is still paying his salary, but Buhle is not allowed to train or play for the club until he’s vaccinated,” he revealed.

According to Mitchell, Mkhwanazi was encouraged by SuperSport United to take vaccine but he asked to apply his mind, and this despite the intervention by the agency to hear the player’s reasons.

“The club has encouraged him to get vaccinated and he said he’s still applying his mind.”

“As an agency we have also engaged with Buhle, he has given his reasons and we respect them.

Mitchell understands that SuperSport United may decide to terminate Mkhwanazi’s contract but that’s a subject he said they will think about when it arises.

“If SuperSport decide to terminate the contract, we will cross that bridge when we get there. We are not challenging it but I don’t think other clubs have the same policy. I haven’t heard of it.”

“We had the same situation with one of our players who play overseas. He didn’t want to vaccinate because he was scared. His club called us to intervene. We discussed it with the player and left it to him but he eventually vaccinated after getting more information,” added Mitchell.