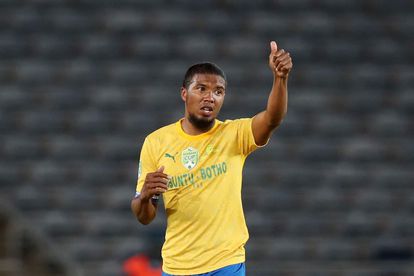 Lyle Lakay – who signed a new contract at Masandawana last season – won’t be leaving Sundowns permanently, but has headed out on loan to former club Cape Town City for the 2022/23 season.

With Terrence Mashego heading in the opposite direction, Cape Town City coach Eric Tinkler has said it was essential for the club to have an experienced replacement to provide options alongside Marc Van Heerden.

Lakay has spoken out about his exit from Sundowns

Although there have been come controversial comments made by Lakay surrounding his unexpected exit from Sundowns, he has recently sought to set the record straight.

“I obviously had to agree before because it happened the week before where the clubs started speaking and there were talks. Obviously I had to wait for the answer for them to come to an agreement. So the [final] call came the Tuesday night to say ‘everything agreed, thumbs up’.

“It was not like it just happened. I wanted to clarify that because now it looked like I was speaking against the club, painting a bad picture, which is not the situation.”

Manqoba Mngqithi didn’t want to get drawn into responding to some of Lakay’s comments that implied there weren’t enough open discussions about the decision to temporarily part ways with Sundowns. However, the Sundowns co-coach suggested it was a good opportunity for Lakay to bank some game-time before returning to Sundowns.

“He’s still our player, by the way, just for your information. So, we released him because we wanted him to get more game time. It’s good for him to get more game-time,” said Mngqithi. “We are looking at our squad and saying if you’ve got a player of Lyle’s age and his game-time is already affected if you look at how we have started the season.

“But he has served the club very well, we are very proud of what he has done for us and we are in full support of him pursuing his endeavors to go to Cape Town City. Because that is also good for the player to get game-time regularly, in the space where Cape Town City is also going to be competing in the CAF Champions League.”

Meanwhile, newcomer Abdelmounaim Boutouil could be available to make his Sundowns debut in Saturday’s MTN8 semi-final against Pirates.

After recently being unveiled as an official new signing, it’s now believed that Boutouil could make his first appearance for the Brazilians this weekend.

“His papers have been sorted,” a Sundowns official confirmed to KickOff.com. “It will all depend on team selection but he is available to play against Pirates on Saturday.”

It’s also reported that Uruguayan midfielder Gaston Sirino has recovered from injury and would also be available this weekend.