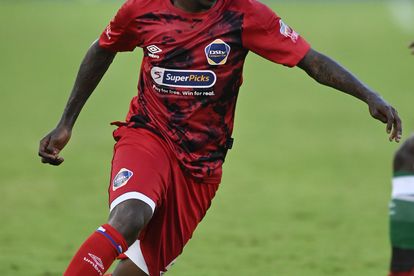 Kaizer Chiefs and Orlando Pirates are on the brink of making history this weekend – a first in SA football.

What a fitting story, several of the Soweto giants are set to make history at FNB Stadium.

The same venue that Chiefs and Pirates have faced each other so many times in. The stadium also played host to the 2010 FIFA World Cup opener in South Africa.

With the Soweto giants are united in their pursuit of making history and winning silverware.

READ | ORLANDO PIRATES AFCON STAR REVEALS HIS FUTURE – WILL HE LEAVE THE BUCS?

Several Amakhosi and Bucs players will feature in this historic fixture with the aim of becoming the tournaments first champions.

The Bucs have the likes of Paseka Mako, Happy Jele, Thembinkosi Lorch, Deon Hotto and Kwame Peprah all ready to make history.

The only player who doesn’t play for Amakhosi or Pirates is Thabo Matlaba.

However, he is ironically a former Bucs player himself. Even Stuart Baxter and Mandla Ncikazi are uniting to bring silverware to Soweto!